Vanda Pharma appoints Phaedra Chrousos to Board of Directors

Ms. Chrousos currently serves as the Chief Strategy Officer of The Libra Group, where she leads a wide range of strategic initiatives spanning technology transformation to operational development. 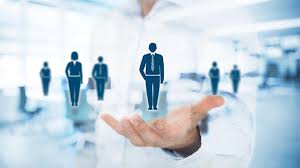 Ms. Chrousos currently serves as the Chief Strategy Officer of The Libra Group, where she leads a wide range of strategic initiatives spanning technology transformation to operational development. Headquartered in New York and London, The Libra Group is a diverse, international business group that is active in 35 countries and focused on six business areas: aviation, energy, hospitality, real estate, shipping, and diversified investments. Immediately prior to being appointed Chief Strategy Officer, Ms. Chrousos served as the group's Chief Innovation Officer.

"Phaedra is a terrific addition to the Vanda Board. She brings new skill sets, particularly in the areas of entrepreneurship and consumer health care marketing, to the Board.  Also, she helps us further broaden the diversity of experiences and perspectives among our Board members, which is critical for the Company's growth," said H. Thomas Watkins, Chairman of Vanda's Board of Directors.

Previously, Ms. Chrousos served as a political appointee for the Obama Administration in various roles, including as an Associate Administrator for the General Services Administration. In this capacity, Ms. Chrousos led the Office of Citizen Services and 18F, a digital services team that implemented online service delivery projects and open data initiatives at more than a dozen agencies, including NIH, HHS and the VA. Prior to her departure from the Administration, Ms. Chrousos helped found the Technology Transformation Service, which serves as a foundation for the government's ongoing digital transformation; she served as its Founding Commissioner.

Prior to entering public service, Ms. Chrousos co-founded and led two companies, including HealthLeap, a health tech company that reimagined the way doctors and patients communicate. HealthLeap was acquired by Vitals.com 10 months after its launch. She also has several years of consulting experience with The Boston Consulting Group and The World Bank.

Ms. Chrousos sits on several non-profit boards, including that of a maternal mental health foundation, and was twice named one of the Federal Government's '50 Women in Technology' by FedScoop and one of Greece's '40 under 40' by Fortune Magazine. Ms. Chrousos holds a B.A. from Georgetown University, an MSc from The London School of Economics and Political Science, and an M.B.A. from Columbia Business School.