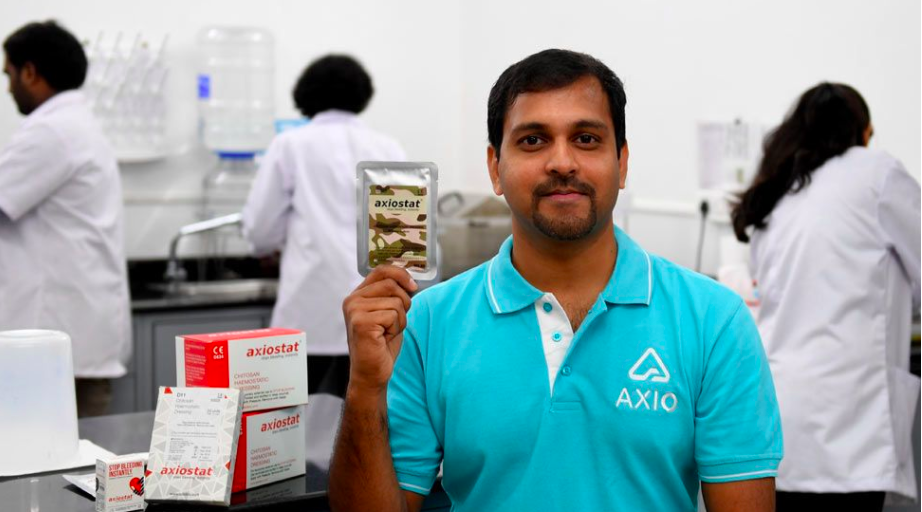 India’s leading innovative med-tech company, Axio Biosolutions, is all set to step up its US launch plans with the announcement of its top-notch Scientific Advisory Board. As the first-ever Indian company to get USFDA clearance for a haemostat, Axio is well poised to disrupt the wound care industry globally.

The Bengaluru-based enterprise has appointed Dr Shiladitya Sengupta, Assistant Professor of Medicine at Harvard Medical School, as Chairman, and Dr S V Mahadevan, Professor of Emergency Medicine at Stanford University, as member of its Scientific Advisory Board. The appointments are a testament to Axio’s unwavering commitment to bring the latest scientific and technological innovation into the wound care and surgical market.

An alumnus of the All India Institute of Medical Sciences, where he received the Geeta Mital Gold Medal, Dr Sengupta serves as Assistant Professor of Health Sciences and Technology at MIT, and principal investigator at the Dana- Farber Cancer Institute, Boston. After completing his PhD at Trinity College, University of Cambridge (where he was a Nehru Scholar as well as a British Chevening Scholar) and a fellowship in Biological Engineering from MIT, Dr Sengupta joined the Harvard faculty.

The co-founder of Akamara Therapeutics (hitherto Invictus Oncology), Vyome Biosciences, Mitra Biotech and Cerulean Pharma Inc. (served on the Scientific Advisory Board), Dr Sengupta, has also co-chaired the Center for Regenerative Medicine at the Brigham and Women’s Hospital in Boston. He has been the recipient of several prestigious awards, including the TR35 Innovator Award by MIT Technology Review magazine; the Era of Hope Scholar Award and the Innovator Collaborative Award from the US Department of Defense; the Coulter Foundation Career Award; and the Shakuntala Amir Chand Award from the Indian Council for Medical Research.

Dr Mahadevan has received numerous esteemed teaching awards throughout his illustrious career, and is the lead editor of the textbook, An Introduction to Clinical Emergency Medicine, which won the 2006 American Medical Writer’s Association Award in the Physician’s Category. Currently, he is a teaching physician at Stanford Health Care.