Velabs Therapeutics a biotech company focused on the rapid screening of functional therapeutic antibodies announced that it has entered into an exclusive licence agreement with alytas therapeutics for the development and commercialization of alytas’ antibodies in the field of senescence, related degenerative processes and pathologies. 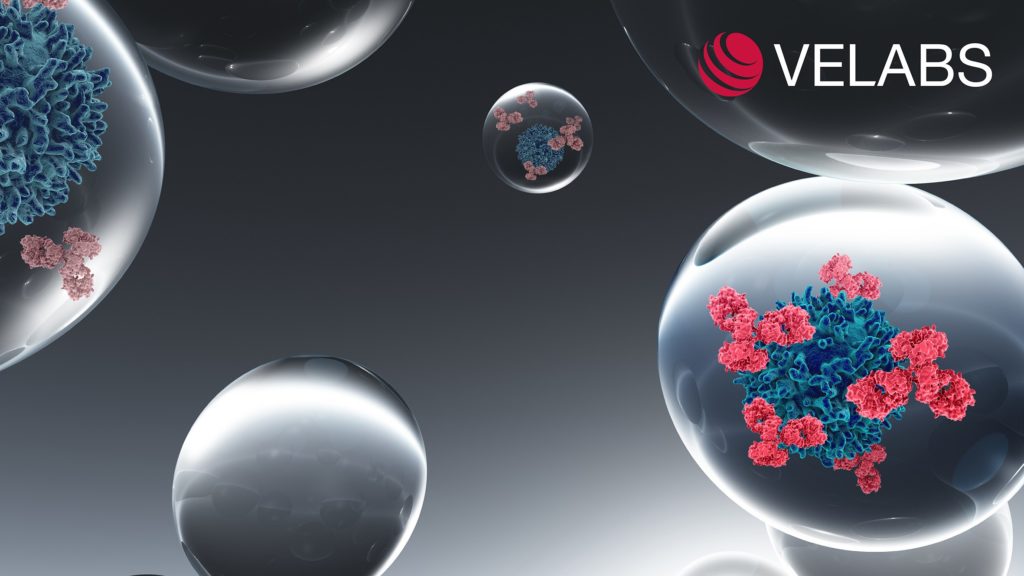 Velabs Therapeutics, a biotech company focused on the rapid screening of functional therapeutic antibodies announced that it has entered into an exclusive licence agreement with alytas therapeutics GmbH (alytas), for the development and commercialization of alytas’ antibodies in the field of senescence, related degenerative processes and pathologies.

Velabs Therapeutics, a young start-up company of the European Molecular Biology Laboratory (EMBL), is a pioneer of microfluidic technology for the screening of antibodies with modulatory function on complex signalling proteins such as GPCRs, ion channels or other regulatory proteins. The current active investor is Xlife Sciences, a Swiss company focusing on the development of promising life science technologies. Velabs offers its screening know-how and capacities for pharmaceutical collaborations worldwide. In addition to existing partnerships, Velabs is currently building its own pipeline of therapeutic antibody candidates for further development. Recently, the company has started to develop antibody-based senolytics, a class of drugs designed to prevent cell and tissue degeneration that can occur during the aging process by eliminating so-called “senescent cells.” alytas specializes in the research of fat metabolism in connection with obesity.

Its program is based on several proprietary protein epitopes with high relevance for the immunological regulation of excess adipocytes and has already been conceptually confirmed in vitro and in vivo. In a previous strategic partnership, alytas and Velabs co-developed different sets of preclinical antibodies for a novel immune-based obesity treatment. The current licence will allow Velabs to exclusively develop these antibodies against senescence related degenerative processes. Both indications, obesity and senescence, together with their associated comorbidities, are conditions with unmet medical need and enormous market potential.

Christoph Antz, Managing Director of Velabs, states: "We are pleased to have entered this licence agreement with alytas, which will allow us to develop a completely new treatment against ageing related decline of body functions. We are confident that this new approach has the potential to open new ways towards less associated deteriorations, higher degrees of vitality and better health conditions during human ageing process, thus increasing quality of life at older age and reducing the burden of age-related diseases and complaints. Velabs’ know-how in the generation and preclinical validation of functional antibodies will be instrumental in developing a first mover antibody-based therapy for the preventive delay of senescence associated body decline.”