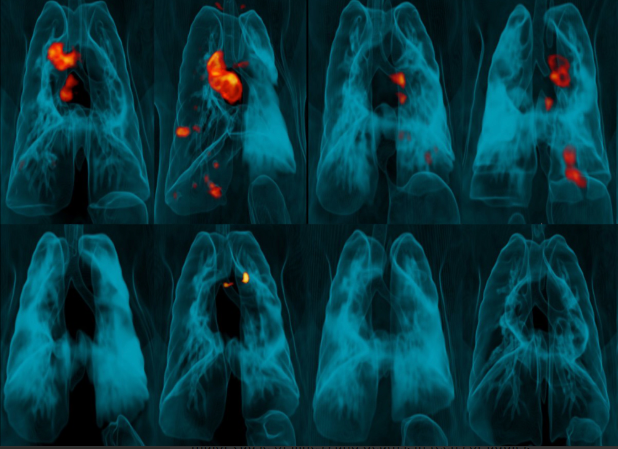 Researchers from the National Institutes of Health’s National Institute of Allergy and Infectious Diseases (NIAID) and their colleagues have shown that simply changing the dose and route of administration from intradermal (ID) to intravenous (IV) greatly increases the vaccine’s ability to protect rhesus macaques from infection following exposure to Mycobacterium tuberculosis (Mtb), the bacterium that causes TB.

The findings provide a new understanding of the mechanisms of BCG-elicited protection against tuberculosis infection and disease. In addition, the findings support investigation of IV BCG administration in clinical trials to determine whether this route improves its effectiveness in teens and adults.

To control Mtb infection and prevent clinical disease, a TB vaccine must elicit strong, sustained responses from the immune system’s T cells, specifically those in the lungs. However, the standard, ID, route of BCG administration may not generate enough of these critical cells in the lungs. The NIAID researchers and their colleagues hypothesized that administration of BCG by IV or aerosol (AE) routes would overcome this hurdle and thus confer substantially better protection from infection and/or disease in rhesus macaques following challenge with virulent Mtb.

In their study, groups of animals received the BGC vaccine by ID, AE or IV routes. The scientists assessed immune responses in blood and in fluid drawn from the lungs for a 24-week period following vaccination. IV BCG vaccination resulted in the highest durable levels of T cells in the blood and lungs.

Six months after vaccination, the researchers exposed groups of vaccinated rhesus macaques (immunized via ID, AE or IV routes) and a group of unvaccinated macaques to a virulent strain of Mtb by introducing the bacteria directly into the animals’ lungs. They then tracked the infection and disease development over three months. Nine out of 10 animals vaccinated with IV BCG were highly protected; six showed no detectable infection in any tissue tested and three had only very low counts of Mtb bacteria in lung tissue. All unvaccinated animals and those immunized via ID or AE routes showed signs of significantly greater infection.

The investigators concluded that IV BCG conferred an unprecedented degree of protection in an animal model of severe TB and “represents a major step forward in the field of TB vaccine research.”