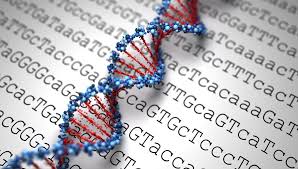 "GenScript was able to create a mutant library that had 100 percent coverage of all expected variants before and after viral packaging, and excluded variants that contained amino acids that I did not want present at these sites," said Susan Butler, a PhD student in Junghae Suh's Synthetic Virology Lab at Rice University who was working to create a library of mutant caspids for adeno-associated vectors. "Having a library with only the variants that I wanted to test was able to reduce my screening efforts and maximize my time in finding my optimal viral vector sequence."

GenScript's patented semiconductor technology-based platform uses CMOS technology to construct integrated circuit chips, providing electronic control over oligonucleotide synthesis and allowing precise control of the composition and proportions of amino acids at one or multiple variant sites in a single protein. Although degenerate NNK and NNS libraries have proved economical, scientists waste valuable screening time due to the poor representation of variants and desired amino acids at certain positions.

"GenScript's Precision Mutant Library Services is a significant advancement over existing technologies and is as reliable as your iPhone," said Dr. Cedric Wu, senior director of research and development. "Researchers now have a new tool for developing better, safer drugs faster, and for many applications in the industrial chemical and synthetic biology markets."