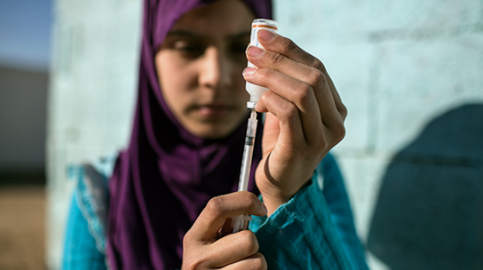 The World Health Organization (WHO) has announced the start of a pilot programme to prequalify human insulin to increase treatment for diabetes in low- and middle-income countries.

“Diabetes is on the rise globally, and rising faster in low-income countries,” says Dr Tedros Adhanom Ghebreyesus, WHO Director-General. “Too many people who need insulin encounter financial hardship in accessing it, or go without it and risk their lives. WHO’s prequalification initiative for insulin is a vital step towards ensuring everyone who needs this life-saving product can access it.”

WHO prequalification of insulin is expected to boost access by increasing the flow of quality-assured products on the international market, providing countries with greater choice and patients with lower prices. Insulin was discovered as a treatment for diabetes almost 100 years ago and has been on WHO’s List of Essential Medicines since it was published in 1977. Despite an ample supply, insulin prices are currently a barrier to treatment in most low- and middle-income countries. Three manufacturers control most of the global market for insulin, setting prices that are prohibitive for many people and countries.

Data collected by WHO in 2016-2019 from 24 countries on four continents showed that human insulin was available only in 61% of health facilities and analogue insulins in 13%.  The data showed that a month’s supply of insulin would cost a worker in Accra, Ghana, the equivalent of 5.5 days of pay per month, or 22% of his/her earnings.

In wealthy countries, people often have to ration insulin, which can be deadly for people who do not get the right quantity of the medicine. People with type 1 diabetes need insulin for survival and to maintain their blood glucose at levels to reduce the risk of common complications such as blindness and kidney failure. People with type 2 diabetes need insulin for controlling blood glucose levels to avoid complications when oral medicines become less effective as the illness progresses.

Insulin prequalification is one of a number of steps WHO will take in the coming year to address the diabetes burden. Plans are underway to update diabetes treatment guidelines, devise price reduction strategies for analogues and improve delivery systems and access to diagnostics. WHO also works with countries to promote healthier diets and physical activity to lower people’s risk of developing type 2 diabetes.