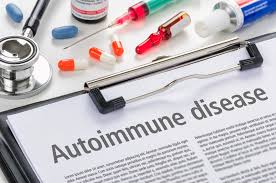 SciRhom GmbH, a therapeutic antibody company, has announced the development of first-in-class antibodies against iRhom2, a key modulator of several major pro-inflammatory signaling pathways, including TNF-alpha signaling. Based on a decade of cutting-edge bench research and the completion of a challenging, yet ultimately successful antibody campaign, SciRhom is now in the unique position to pursue the development of monoclonal antibodies against iRhom2 for the treatment of major autoimmune diseases.

iRhom2 is a protein that controls the tumor necrosis factor-alpha-convertase (TACE; also known as ADAM17), a set of molecular scissors that activates several crucial signaling pathways, including TNF-alpha (tumor necrosis factor-alpha) and other disease-related signaling. Blocking TACE, however, raises major concerns about side effects, as TACE-deficient patients show severe skin and intestinal defects. In contrast, antibodies against iRhom2 would have the unique advantage over TACE-targeted therapies of simultaneously blocking several TACE-dependent disease-associated pro-inflammatory pathways without causing lesions in the skin and intestinal barrier. Moreover, antibodies against iRhom2 are expected to be superior over anti-TNF-alpha biologics due to their ability to interfere with other important pro-inflammatory pathways. This concept has been validated using iRhom2 knockout mice, which are normal and healthy, but are protected from Rheumatoid Arthritis (RA) and glomerulonephritis caused by Systemic Lupus Erythematosus.

These proof-of-concept studies were primarily conducted by Professor Dr. Carl Blobel, co-founder of SciRhom and pioneer of the TACE/ADAM17 field, and his colleague, Professor Dr. Jane Salmon. Prof. Blobel is Program Director of the Arthritis and Tissue Degeneration Program at Hospital for Special Surgery (HSS) in New York, USA, one of the world’s top-ranking academic medical centers in Rheumatology and musculoskeletal health.

From these promising results, SciRhom has identified iRhom2-specific antibodies that block TNF-alpha release by TACE and is currently advancing the preclinical development of its first-in-class anti-iRhom2 antibodies towards IND-enabling studies. SciRhom was founded and is led by a highly experienced management team with an excellent track record in antibody drug development that consists of Dr. Jens Ruhe, co-founder of U3 Pharma and former Director R&D at U3 Pharma / Daiichi Sankyo and Dr. Matthias Schneider, previously Preclinical Head of the Patritumab lead program at U3 Pharma / Daiichi Sankyo. In addition to Professor Dr. Carl Blobel, the co-founders of SciRhom are Professor Dr. Axel Ullrich, biotech pioneer, former Director at the Max Planck Institute of Biochemistry and recent recipient of the prestigious Lasker Award, Dr. Andreas Jenne, serial biotech entrepreneur, and HSS. To date, SciRhom has secured about EUR 7 million in seed funding from the High-Tech Gruenderfonds (HTGF), HSS and private investors.