HoFH(homozygous familial hypercholesterolemia) is a serious, rare, genetic condition and affects approximately 1,300 people in the U.S. 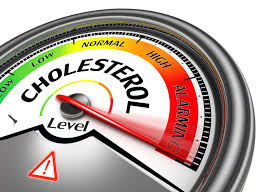 "Currently HoFH patients face limited choices in reducing their LDL cholesterol, including therapies that are time-consuming like LDL apheresis, or that may have side effect concerns. Despite recent therapeutic advances, there is still a significant unmet need to lower the LDL cholesterol of many patients with HoFH. On average, evinacumab reduced patients' LDL cholesterol in half and was generally well-tolerated in the trial," said George D. Yancopoulos, M.D., Ph.D., President and Chief Scientific Officer of Regeneron. "These results raise the potential that evinacumab may have value for other patients with severe, refractory hypercholesterolemia, where we have a trial ongoing."

In 2017, the U.S. Food and Drug Administration (FDA) granted Breakthrough Therapy designation for evinacumab for the treatment of hypercholesterolemia in patients with HoFH.

Regeneron scientists discovered the angiopoietin gene family more than two decades ago. Human genetics research published in The New England Journal of Medicine in 2017 by scientists from the Regeneron Genetics Center found that patients whose ANGPTL3 gene did not function properly (called a "loss-of function mutation") have significantly lower levels of key blood lipids, including LDL cholesterol, and this is associated with a significantly lower risk of coronary artery disease.

"People born with homozygous familial hypercholesterolemia – the rare and most severe form of FH – are in urgent need of additional therapies to lower life-threatening cholesterol levels. HoFH causes aggressive heart disease even in childhood, and today's treatments often are not enough for these individuals," said Katherine Wilemon, Founder and Chief Executive Officer, FH Foundation. "These evinacumab Phase 3 results bring hope to those who need it most. The FH Foundation is grateful to the researchers who advanced this science and the individuals who participated in this clinical trial."