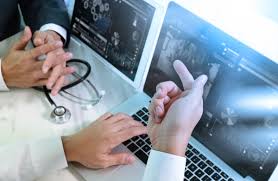 BPU Holdings' entity in the US, BPU International, has partnered with SEVA Technology to collaborate on research and implementation of AEI Framework, an Artificial Emotional Intelligent (AEI) platform.

The project will focus on creating an Artificial Intelligent (AI) mobile application to aid hospital patients with the detection and potential treatment of Delirium and Dementia. Both companies are collaborating to effectively apply AEI Framework technology within hospitals; starting in Arizona.

The project includes building an AEI-based chatbot, framework and interactive applications using human conversational scripts, developed by BPU. The application will be designed to track patient's moods as well as interact and engage with patients on emotional levels, which are intrinsically tied to their physical status. AEI Framework will be able to track and learn their routine patterns and set reminders for medication and assess both psychological and physical symptoms outside the doctor's office.

Using IoT devices, the technology has the ability to detect unwanted falls and high distress levels that will immediately alert hospitals and the patient's doctor. Medical experts expect the application to be particularly beneficial for long-term care and for seniors who show early signs of delirium and dementia.

The prototype will be single-user based, while eventually expanding to a multi-user system. Patient privacy will be HIPAA compliant as all patient records and data will be made private and accessible only to the patient and medical personnel. Records will be cloud-based and encrypted, accessible only by authorization. The application will be built as a commercially viable prototype to be deployed to hospitals as part of the research. Clinical trials are in motion and the project is expected to be ready within two to three years.