The Union Minister also released the Operational Guidelines for IMI 3.0 and the awareness material/IEC package developed as part of the campaign 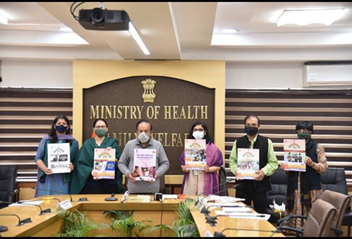 Ashwini Kumar Choubey, Minister of State for Health and Family Welfare and Mangal Pandey, Health Minister, Bihar were also present during the occasion through video conference.

The Union Minister also launched the IMI 3.0 portal and released the Operational Guidelines for IMI 3.0 and the awareness material/IEC package developed as part of the campaign.

Dr Vardhan expressed: The Intensified Mission Indradhanush 3.0 will have two rounds starting from February 22 and March 22, 2021 and will be conducted in pre-identified 250 districts/urban areas across 29 States/UTs in the country. Focus of the IMI 3.0 will be the children and pregnant women who have missed their vaccine doses during the COVID-19 pandemic. They will be identified and vaccinated during the two rounds of IMI 3.0. Each round will be for 15 days each.

Dr Vardhan said, “Mission Indradhanush is indeed a successful strategy to reach out to every dropped out and left out child and pregnant woman. There has been remarkable improvement in the immunisation coverage which is also evident in the NFHS5 data as available for 22 States.”