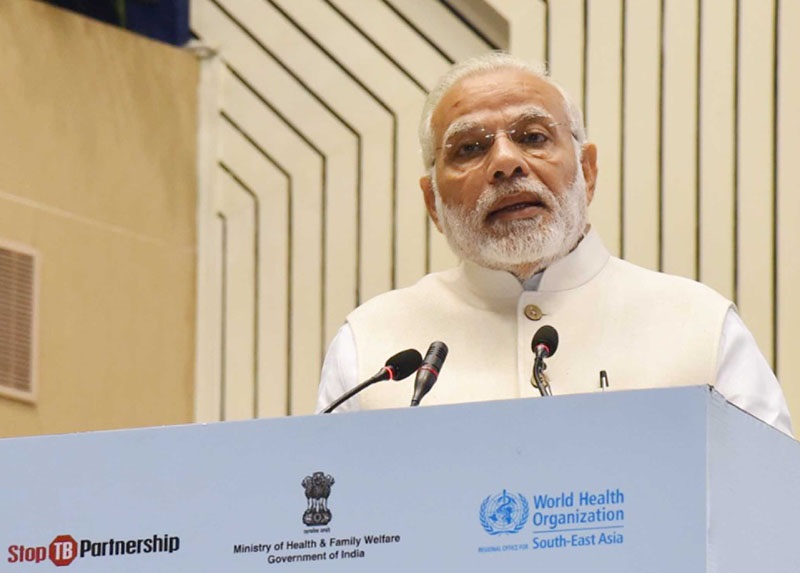 The Prime Minister said that this event will always be known as a landmark event towards the elimination of TB in the World. “The global target for eliminating TB is 2030, but today I announce that the target for India to eliminate TB is 2025, five years before the global target,” the Prime Minister added. He further stated that TB mainly affects poorest of the poor and every step taken towards the elimination of this disease is a step towards improving the lives of the poor.

Speaking at the function, DrTedros Adhanom Ghebreyesus, Director-General, WHO said that this is the right place to have this event and India’s plans to achieve the targets 5 years before the global target is bold, courageous and ambitious.

Shri J P Nadda and DrTedros Adhanom Ghebreyesus, Director-General, WHO also chaired a session on   "Tracking Progress on Delhi Call to Action". ShriNadda also presided over a meeting with State Health Ministers. He highlighted the importance of active participation by the States through intense review and regular monitoring, to meet the time bound goal of ending TB by 2025.