'1100 biotech startups emerged in the last year itself': PM Modi 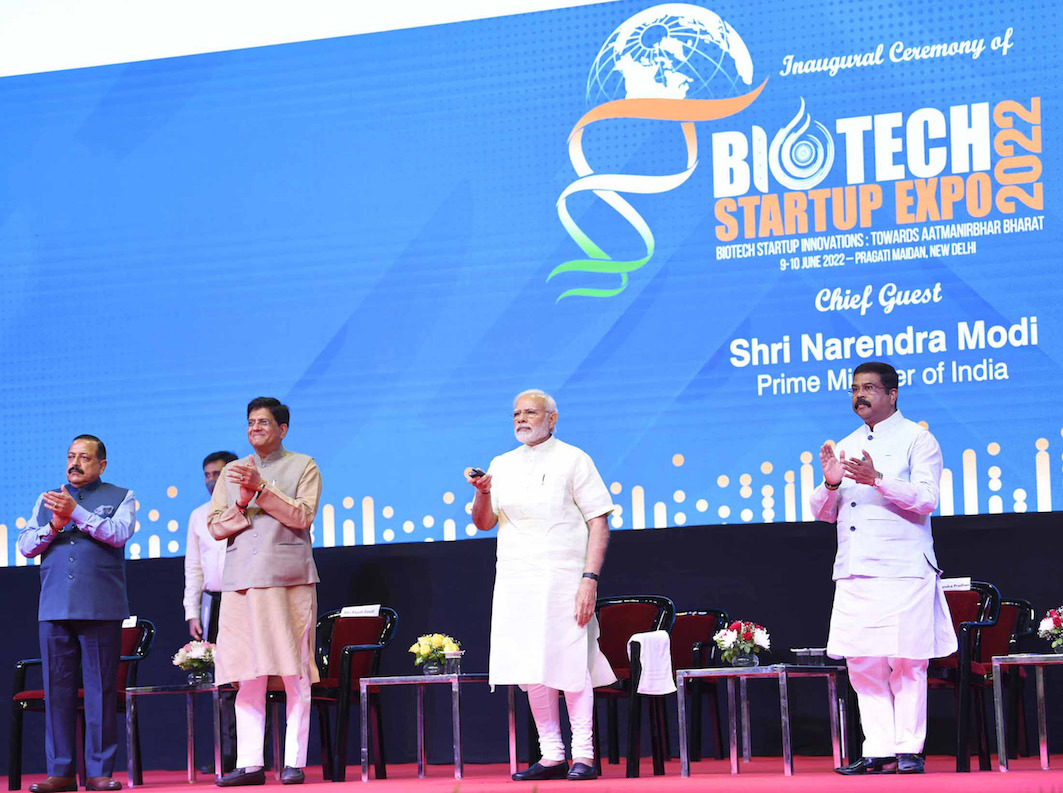 Speaking on the occasion, the Prime Minister said that India's bio-economy has grown 8 times in the last 8 years. “We have grown from $10 billion to $80 billion. India is not too far from reaching the league of top-10 countries in Biotech's global ecosystem”, he said.

The Prime Minister said that when the country is taking new pledges during the Amrit Kaal, role of biotech industry is very significant in the development of the country.

“In the last 8 years, the number of startups in our country has increased from a few hundred to 70,000. These 70,000 startups are made in about 60 different industries. In this also, more than 5000 startups are associated with biotech. Every 14th startup in the biotechnology sector and more than 1100 such biotech startups emerged in the last year itself”, the Prime Minister informed.

Further talking about the shift of talent towards the sector the Prime Minister said that number of investors in biotech sector has risen by 9 times and biotech incubators and funding for them has increased by 7 times.