Under his guidance and leadership, Intas recorded a revenue of Rs 708 crore in the biologics space during 2018-19 exhibiting a huge growth of 60 per cent from the last fiscal’s revenue at Rs 443 crore 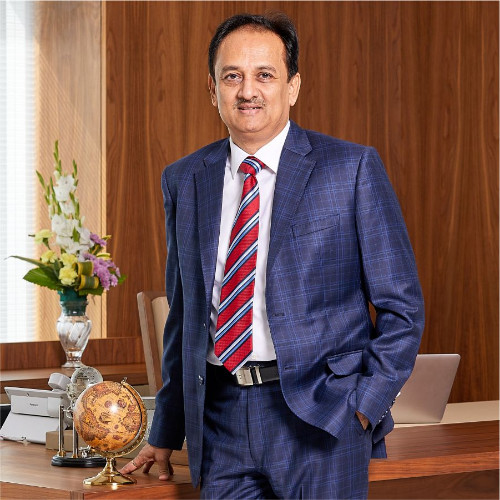 Binish Chudgar, Vice Chairman & MD of Intas Pharmaceuticals, was presented with BioSpectrum Business Person of the Year 2020 for his contribution to the Indian biosciences industry and leading the company to new heights in 2019-20, at a virtual ceremony held in March 2021. The ceremony witnessed the participation of over 200 industry leaders from across the country.

Binish, one of three sons of Hasmukh K Chudgar, founder of Intas Pharmaceuticals who took over the company’s mantle in 1990 when its turnover was less than $1 million. Today, Intas is a $1.7 billion multinational organization rapidly rising up the ranks across more than 85 countries. All these achievements of Intas are just because of the efforts of Binish Chudgar, who is always looking to “what next” and has been instrumental in making Intas’ a ‘future-ready’ organisation.

A commerce graduate from Gujarat University and MBA from SP Jain Management School, Mumbai, it was Binish who constantly pushed for tapping into the global markets early. Around 1996, he set up a plant in Ahmedabad and it was around 2001 that Intas started exporting to Europe. Binish has also been the one who spearheaded the company’s biologics strategy, which so far, has worked well for Intas. Intas has the largest commercialised portfolio of biosimilars in India and is the first Indian pharmaceutical company to launch a biosimilar in the EU.

Under his guidance and leadership, Intas recorded a revenue of Rs 708 crore in the biologics space during 2018-19 exhibiting a huge growth of 60 per cent from the last fiscal’s revenue at Rs 443 crore. Besides well-established domestic prominence, Intas is also present in more than 80 countries worldwide with robust sales, marketing and distribution infrastructure in markets like North America, Europe, Central & Latin America, Africa, Australia, New Zealand, Asia-Pacific as well as CIS and MENA countries.

Talking about the BioSpectrum Excellence Awards 2020, Ravi Boratkar, Managing Editor and Publisher, BioSpectrum India, MM Activ Sci-Tech Communications, New Delhi said “BioSpectrum awards as we know were constituted in 2003. Unfortunately, the awards ceremony was discontinued in between. However, we used to receive queries and calls. Finally, in 2019, we decided to keep up this good work and acknowledging, appreciating and awarding the exemplary work of individuals and companies in the respective fields with these awards. The actual BioSpectrum Awards Ceremony was organised at The LaLiT Ashok Bangalore, on March 27, 2020. But due to the COVID-19 pandemic, we were forced to cancel the ceremony. We hoped to do it at a later date. However now we realised that it will be a time for next year’s award. So we decided to go virtually. Hence we thought let’s come together and do this programme virtually.”