Budget 2019 is the current regime's last one ahead of the general elections in the summers. 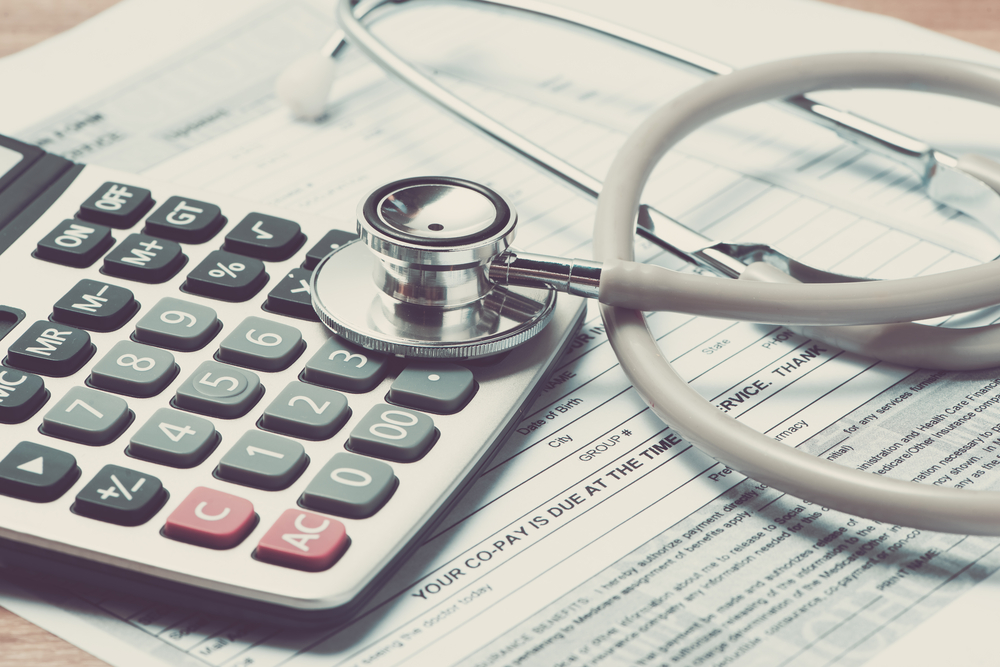 BioSpectrum connected with healthcare experts to find out about their expectations from the upcoming budget 2019.

As a country, we need to substantially increase our Healthcare budgets. Our per person average healthcare spend is 85$ which is amongst the lowest if compared to other countries. Ayushman Bharat is a positive step towards universal healthcare in India but it needs to accommodate tertiary care in its scheme of things. Under the scheme currently, tertiary healthcare service providers will be forced to cut cost at every level to cater to an Ayushman patients and the outcome might be affected. Read More.

The Union Budget 2019-20 holds many expectations even as India's domestic economy is going through a critical phase of growth. Each year during the pre-Budget time, the Indian healthcare industry focuses on the one statistic that refuses to change: government spending money on healthcare stays put at around 1% of the GDP. The healthcare sector can only get affordable if the government revises this upwards. The other point is that hospitals are treated on equivalence with the entertainment industry regarding charges for utilities like power consumption. Cost of medical equipment’s is another pain point which the government needs to work on. Read More.

Healthcare services should be made "zero-rated" under GST provisions instead of being exempted such that the cost of inputs throughout the industry can further be reduced by claiming refunds of taxes paid on these inputs. This will, in turn, help to enable these specialized services to reach out to the masses.

The Emergency Healthcare sector needs immediate allocation of funds so that every part of the country can have access to quality healthcare and sections of the society are not ignored. While the Government has taken steps like the introduction of bike ambulances, boat ambulances, and mobile medical units which have been helpful in providing aid to the people living in rural areas. However, these efforts have been taken at a state level and not from the centre. Read More.

The concept of ‘Make in India’ by the Government was much admired initiative, but now they should also initiate ‘Make in India and Use in India’ a Must effort too. Some positive steps have been undertaken to make healthcare more affordable and equitable such as price controls on medical devices and adjustments to import duty structures on raw materials and equipment. Read More.

This year, I expect the Government introduce measures in order to improve the quality of healthcare and make it more affordable. For example, introduction of Artificial Intelligence facilitating and predictive analytics for patient monitoring will add to significant financial savings and will increase the reach of healthcare in the country. Further, government should provide incentives to private hospitals by way of lower taxes and affordable insurance premiums. Read More.

The government is looking at reducing the cost of healthcare in India and spread the benefits to the maximum people. However high customs duties, lack of incentives for R&D in medical device sector and high minimum alternate tax need to be addressed first. Read More.

With Prime Minister promising that the government will more than double its public health spending to 2.5% of gross domestic product (GDP) by 2025 from 1.15% at present, all eyes are on the healthcare sector. The last year has been a challenging one for India’s private healthcare providers, with multiple headwinds impacting growth and profitability. The overall sector has become less attractive for investments without which growth gets hindered significantly. Even the existing players are slowing down their capex plans. Read More.

The Global Active Pharmaceutical Ingredient (API) Market has seen a steady growth in volume and value mirroring the growth drivers for the overall pharmaceutical industry. However clearly this year has seen a significant impact of supply disruptions from the conventional supplier base i.e China and India impacting either API availability or economics. Read More.

2018 was the year of big promises, with the Indian government announcing “the world’s largest government-funded health care programme”. The ban on e-pharmacies and creation of angel tax ensured that startups in the healthcare space were right in the centre of national deliberations and debates last year. Read More.

Over the last few years, the Indian healthcare sector has begun a major overhaul in order to attain the Prime Ministers goal of healthcare for all. Not only are government institutions involved but corporate and private hospitals have come forward to be a part of the initiative. We expect the government to increase allocation of funds to be able to make a significant change in healthcare delivery to all sections of society. Government needs to focus on increasing the viability of various preventive and treatment programmes. Read More.

There is a fitness crisis in our country. 1 in 3 Indians is medically unfit. And we need to fix this urgently. As part of our ongoing consultations with the Ministry of Finance, it is our recommendation that for Budget 2019 the government encourages people to invest in their own fitness. Read More.

The union budget last year focused on the Ayushman Bharat Programme – the new flagship National Health Protection Scheme. This was aimed at providing a health insurance cover of Rs 5 lakh a family per annum with an expected benefit to 10 crore vulnerable families -- with approximately 50 crore beneficiaries. Read More.

Central Government in the past two years is showing interest in the healthcare sector by launching Ayushmann Bharat and Medical Devices development council etc. We expect adequate fund allotment towards these schemes and initiatives so that Indian government at least spends 2.5 to 3 % of GDP for healthcare needs of the needy population. Read More.

NCDs are expected to comprise more than 75% of country’s disease by 2025. Early diagnosis and timely treatment of NCDs through preventive healthcare can be helpful in reducing the burden on the OOP expenses and overall economic growth of the country. Read More.

The biggest challenge in the Indian Healthcare sector is the delivery model, especially in rural India. 2018 was the year of big promises, with the Indian government announcing “the world’s largest government-funded health care programme".  Read More.

The Ayushman Bharat program was initiated to provide health insurance cover to almost 40% of India’s population, benefitting 100 million families with an aim to provide a coverage of Rs 5 lakh per family annually, benefiting more than 10.74 crore poor families. Read More.

In the last couple of years, we have seen a lot of progress and positivity in our approach to mental healthcare. There has been an increase in the number of organizations (such as Mpower, for example) working to alleviate stigma, to create awareness and to provide some amount of mental health care, but that’s not enough at all, considering the staggering number of people in the country who need help with mental healthcare (13.7%, i.e  17.8 crore Indians).  80% of them do not even seek healthcare due to stigma and lack of access to facilities and doctors. Read More.

We believe irrespective of the budget, I would like the policy makers to consider the GST rates on Insurance policies.  Read More.

The last interim budget of the Modi Government is expected to give the much-needed push to the Indian healthcare industry that it has been yearning for. The rise in budgetary allocation for the health sector was merely 5% higher than the previous one in 2018. With global telemedicine market thriving to reach USD 41.2 billion, we believe the 2019 budget will allocate a greater share to build telemedicine and mHealth infrastructure across the country to facilitate people across the nation. Read More.

The forthcoming budget is being eagerly awaited by the medical devices space as expectations are pegged on shaping the industry to be globally sustaining. The key area that needs specific consideration is the inverse duty structure. The import of finished medical devices attract a custom duty of 0% to 20% while import of raw materials to manufacture attracts 20% to 30% of customer duty. This adds further strain on making domestically made devices commercially viable.  Read More.