From an Epidemic to a Pandemic

With the swell of the COVID-19 pandemic, one cannot help but wonder about the implications of the respiratory health of smokers 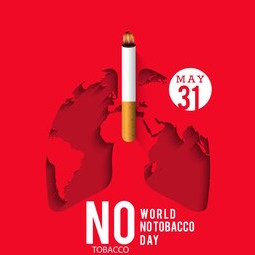 Smoking, an epidemic that took the world by storm from the early 1900s, has become one of the most pertinent health threats today.  Numerous diseases are caused and amplified due to this degradative habit. In India itself, about 120 million smoke regularly, making up 12% of the total population of smokers.

With the swell of the COVID-19 pandemic, one cannot help but wonder about the implications of the respiratory health of smokers. Thus this discernable connection between the two has spurred researchers to uncover several ideas and theories regarding the occurrence of this disease in smokers.

Smoking has multiple repercussions on one’s health, specifically damage to the respiratory system. This is what some scientists believe makes smokers more susceptible to the coronavirus. Chronic smoking causes irreparable harm as it breaks down the lung tissue needed for respiration. In doing so, the smoke also stimulates the production of ACE-2 or angiotensin-converting enzyme 2 receptors, found in goblet cells, which is where the virus binds and enters the human cells. The goblet cells begin to replicate in a process called secretory cell hyperplasia.  Hence, the virus is given more opportunities to multiply and infect a larger number of cells.

Moreover, through the suppression of immune responses, smoking weaken the body’s defences, allowing the virus to bind to the cells and proliferate. Thus the virus is easily able to spread through the respiratory tract, giving rise to more severe symptoms.

Finally, a smoker’s habits further contribute to an increased risk of contracting the virus. While smoking, one tends to touch the mouth more frequently, thus escalating the chances of contracting the virus.  E-cigarettes are likely to be shared between many, especially amongst the youth, thus allowing for a greater possibility of the spread of the virus from an asymptomatic or untreated person.

Once contracted, the disease can take shape in an extremely dangerous manner, one needing mechanical ventilation and intensive medical care. In over fifty thousand laboratory cases, the fatality rate was much higher among those with cardiovascular disease, diabetes, hypertension, chronic respiratory disease or cancer than those with no pre-existing chronic medical conditions.

Since smoking leads to several complications, specifically causing acute respiratory distress syndrome or emphysema (lung failure), one is more susceptible to irreparable damage on contracting COVID-19. One of the adverse effects of smoking is that the tobacco destroys the alveoli, or air sacs, where the exchange of gases takes place. Thus, difficulty in breathing is commonly observed, which is an impediment in one’s recovery.

Although research has proven the ill effects of smoking and its correlation to COVID-19, several case studies across the world have revealed contradictory results. Studies published in both France and Italy have shown a lesser percentage of smokers having the disease, as compared to the total number of smokers in the country. Similarly, Chinese researchers found that only 8% of individuals who smoke were hospitalized while about 26% of the population are heavy smokers. However, it is important to note that a small sample size was used in these studies, which casts a doubt on its reliability.

These startling results were backed by several claims to the properties of nicotine and gases released. On smoking, the levels of nitric oxide in the airways increases as the body’s mechanism of cleaning the air before it reaches the lungs. Hence, the gases ability to inhibit the binding of the virus to host cells could lead to fewer cases of this disease. However, it is important to note that once SARS-CoV-2 begins to spread, a smoker’s condition may rapidly deteriorate due to a decreased immune response and severe inflammation stimulated by nicotine.

Nevertheless, smoking has led to multifarious implications to human health and its depreciatory effect can be seen over a large population. One should be aware of the consequences smoking has on one’s body as well as the complications that arise on developing this perilous disease.

Even though a conclusive agreement is yet to be made, quitting smoking will surely have its long term benefits in any individual. Health is being treated with greater caution as about two thirds of smokers in India, predominantly between the age of 18 to 24, have expressed their desire to quit smoking, as per the survey results from the Foundation for a Smoke-Free World.

These findings herald World No Tobacco Day, celebrated on 31 May, as the future generations begin to understand the consequences of smoking and forgo it. Thus the body can slowly recuperate from the damage caused, blessing one with a healthier and safer future.