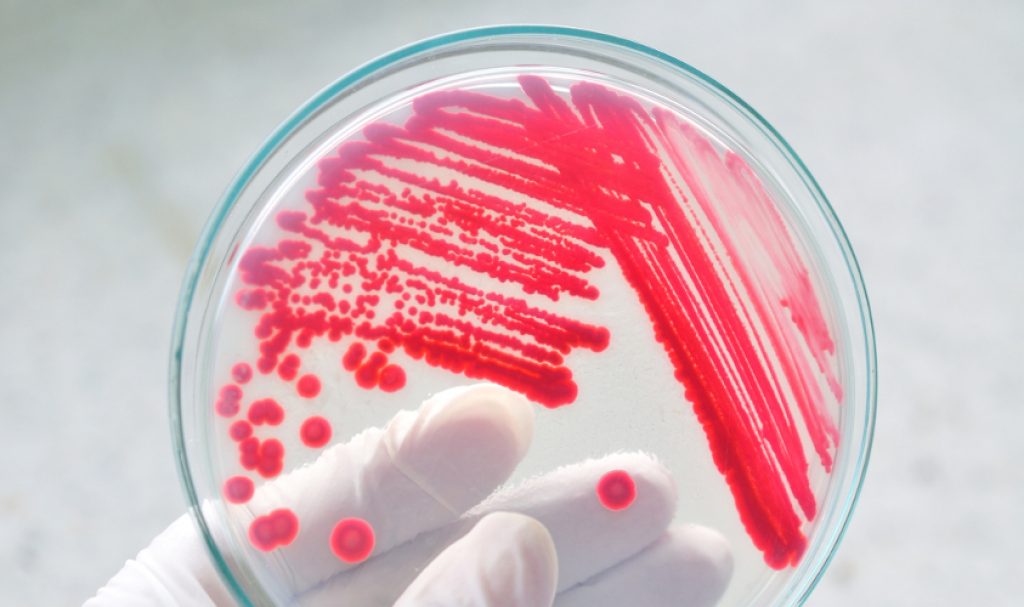 Helicobacter pylori is a Gram-negative microaerophilic bacteria infecting one half of the world’s population and plays an important role in the pathogenesis of many gastro-intestinal diseases such as chronic gastritis, peptic ulcer diseases, gastric adenocarcinoma and gastric mucosa-associated lymphoid tissue lymphoma. Eradication of the H. pylori is the only way to cure several gastro-intestinal (GI) diseases caused by H. pylori infection. Treatment for the H. pylori infection is patients for 10–14 days.

The eradication rate of H. pylori decreases with the emergence of the strains resistant towards the antibiotics. Resistance to the most frequently used antibiotics such as Metronidazole (10%–90%), Clarithromycin (0%–15%) and Amoxicillin (0%–1%) has been shown to be variable and dissimilar in different regions within the country. Among all antibiotics Clarithromycin is a key antibiotic for the treatment regime because of its low resistance rate as compared to other antibiotics, and it is also better absorbed in the gastric mucosa, and more stable at lower pH. However, if the resistance toward CLR is higher than 15%–20% then it causes major obstacle in the eradication of H. pylori and an urgent need for an alternative therapy is required for the anti-h.pylori treatment. Drug resistant h.pylori has been designated by WHO (World Health Organization) as one the most dangerous problems of the 21st century.

In India, the high rate of clarithromycin resistance was observed in Mumbai with 91%, Hyderabad (26%), Gujarat (58.85%) and Delhi (11.8%), whereas Kolkata strains showed 0% resistance towards CLR. Levofloxacin (LEV) is another drug of choice for the eradication of H. pylori used as a second-line therapy in other countries. LEV is a levorotary isomer of ofloxacin with known broad activity against Gram-negative and Gram-positive bacteria.[10] The H. pylori strains isolated from India and Bangladesh showed the emerging LEV resistance due to the mutation in gyraseA gene of H. pylori at amino acid position 87 asparagine to lysine (N87K), at 88 alanine to valine (A88V) and at 91 position aspartic acid to glycine/asparagine/tyrosine (D91G/N/Y).

The analysis of 16S rRNA gene sequence is the most common method used for the molecular study of the phylogeny of bacteria, but in H. pylori other genes such as 23S rRNA, ureB and gyraseB have been used in phylogenetic studies. Currently, there are no such studies referred from India on the phylogenetic analysis of partial sequence of 23S rRNA and gyraseA gene of H. pylori.

We did a study to determine the antimicrobial susceptibility pattern for clarithromycin and levofloxacin and find the evolutionary relationship of the partial sequence of 23S rRNA and gyraseA gene of H. pylori by phylogenetic analysis.

A total of 46 H. pylori strains were tested for clarithromycin and levofloxacin susceptibility pattern and phylogenetic tree were reconstructed by a specialized PhyML software. In this study, we observed that only 6.5% of North-East Indian H. pylori strains were resistant for clarithromycin showing mutation at A2143G and T2182C positions of 23S rRNA gene. Resistance for levofloxacin was observed in 89.1% of the H. pylori strains showing mutations at asparagine to lysine at 87 and aspartic acid to glycine/tyrosine/asparagine at 91 positions of gyraseA gene.

The phylogenetic tree of the partial sequence of 23S rRNA and gyraseA gene depicts that the North-East Indian strains falls in different cluster when compared to other countries. We concluded that the resistance for clarithromycin was less in North-East Indian strains but high for levofloxacin indicating that first-line therapy may be best and effective for eradication of H. pylori in this region. This study is the first report that showed antibiotic susceptibility pattern for clarithromycin and levofloxacin by mutation analysis. By partial sequencing of 23s rRNA and gyraseA gene, we found that North-East Indian strains are geographically distinct.