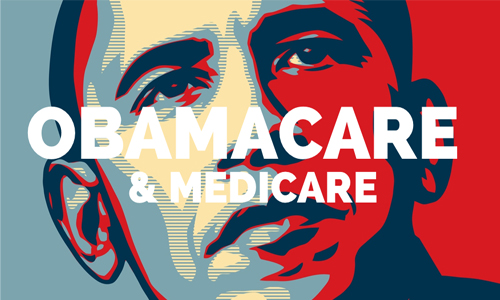 The US Senate’s rejection of ‘skinny repeal’ of Affordable Care Act (ACA), popularly known as ‘Obamacare” is not merely a political issue. The defeat is very narrow. Still, it is embarrassing for the Trump administration as the President Donald Trump had made the repeal of Obamacare and its replacement with a new system a prestige issue. No wonder, he tweets on defeat, ‘3 Republicans and 48 Democrats let the American people down.’

The fact that the three Republican senators voting against and defeating the Republican legislation, which sought to repeal only some part of Obamacare, in which Republican President is interested is surely a political issue, no doubt. But there is much more into the defeat that goes
beyond the politics. This is a serious social issue too.

The repeal of the former President Obama’s healthcare reform law would have left 22 million poorer citizens without health insurance. They were covered by the insurance due to a provision in ACA compelling the businesses with more than 50 employees to provide health insurance and offered subsidies to make coverage more affordable.

Obamacare had showed positive results as census bureau figures showed that from 2014 to 2015 the percentage of Americans without insurance fell from 14.2% to 9.1%, the drop of 5.1% was largest. Still, it was sought to be repealed.

Interestingly, the bill for repealing was defeated on the backdrop of news reports that health insurance premiums would increase by 20%. The Congressional Budget Office has estimated that this would result in 15 million more Americans becoming uninsured next year alone. Republicans were opposed to the ACA right since it was introduced in 2010 by the then President Obama, who had made this as one of his major election plank. They had intention to repeal it and voted several times to repeal the law even when Obama was still the President. But
they could win the vote then and they could not do it even after the change of administration.

Earlier, just four months back President and House speaker Paul Rayan had to cancel the voting in the house on the American Healthcare Act, repealing and replacing the ACA, as they realised that they lacked adequate number of votes to pass the bill. That time also there was opposition from two groups of Republicans.

The defeated bill, called the Healthcare Freedom Act, would have ended the requirement that most people have health coverage, providing the mandate to individuals. It would have also freed large employers from providing coverage to their employees. One good point was it would have increased government grants to community health centres.
Though the ACA is considered to be the biggest overhaul of the healthcare system in US, it is also true that all is not well with the ACA. It required some changes with the changing times.

The government could increase subsidies given for insurance purchase to bring down the cost or increase the minimum income limit to receive subsidies since affordability is an important issue. Some more policy changes could also be considered than to repeal the law.
Instead of finding out what changes are needed in the ACA and working for them, attempts were made to strike it down as per the poll promise, obviously for political reasons. Thus, though the issues involved in the subject are much beyond politics, politics is surely involved in it. But
instead of politics in people’s health, the defeat of the repeal in Senate should be considered as an opportunity for the Republicans and the administration to make changes in the ACA to make it more effective than repealing it.