5 E-Cigar Facts You Need to Know

After almost a decade in the market, the popularity of e-cigarettes is rising dramatically. They have been touted as safer than smoking, but there is a lot of controversy on their safety and benefits. Those opposed to them, however, are of the view that their safety has not been proven and that it is too soon to know of their long-term impact. 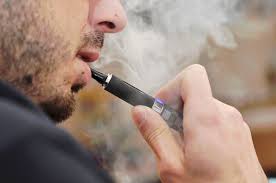 To shed more light on e-cigs, here are some facts about them that you should know:

E-cigarettes are typically battery-operated and contain e-juice in the cartridge. The e-cig liquid or juice usually contains propylene glycol and nicotine (some do not contain nicotine) and come in various flavours like cola, menthol, and watermelon, among others. When in use, the atomizer is powered by the battery to vaporize the liquid in the cartridge so that the user inhales the vapour. Besides their basic parts, e-cig devices vary widely in relation to construction, e-liquid ingredients, and battery voltage.

While traditional cigarette burns tobacco to emit smoke and toxins that the smoker inhales, e-cigs vaporize e-juice containing nicotine and other things to produce vapour that the user inhales. Although it is not yet clear about the chemicals in e-liquid, the fact that there is no burning of tobacco means that the users avoid the toxins produced while smoking, so it is less harmful.

The e-cig liquid has varying levels of nicotine, the addictive and stimulating compound, and can range between 0 and 72 mg. per milliliter of the liquid. Ordinary cigarettes contain 10-15 mg. of nicotine. The use of e-cigs containing nicotine will lead to nicotine addiction, just as is the case with traditional cigarettes, but e-cigs protect users from toxins that result from smoking.

Nicotine, which is common in both e-cigs and conventional cigarettes, is very addictive, making smokers crave the smoke or else they will suffer withdrawal symptoms. It is also a harmful substance because it spikes adrenaline and makes the heart beat faster, which raises the risks of suffering a heart attack. The long-term effects of using e-cigarettes are not yet so clear and are being studied. Furthermore, since e-cigs lack proper regulation, for example by the FDA, the ingredients of the e-juice are not well known. This is especially the case when it comes to less known manufacturers and it poses more health risks to users. For this reason, it is advisable to buy e-cigars and their supplies and accessories from reputable manufacturers like ePuffer.

E-cigars can be a preferred smoking substitute when used exclusively instead of the traditional cigarette and only by smokers who have not managed to give up smoking using medically approved methods. But there is a raging debate on whether e-cigs help to quit or reduce smoking. Those against their use as smoking cessation aid are of the view that the nicotine in them may perpetuate addiction and even make it more difficult to quit smoking. All the same, e-cigs can help smokers to avoid the toxins from smoking if used instead of ordinary cigarettes. They can also gradually cut the level of nicotine intake by consuming lower nicotine e-cigars and eventually stop smoking.

E-cigars are safer than smoking because they do not involve burning tobacco, which produces many toxins. They may or may not contain nicotine. Those that contain nicotine can lead to nicotine addiction. They can also be used as smoking cessation aids, but there is some debate on their efficacy.