Transfusion Transmitted Hepatitis: Should You Be Concerned ?

India has high prevalence of HBV as compared to HIV and HCV. 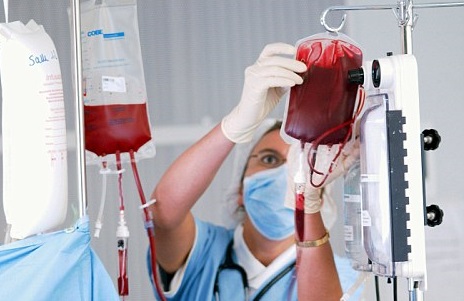 Recently, a young man got admitted in our hospital for a surgery. As it was a complicated one, he required blood transfusion. As per usual protocol, a request for 4-5 units of blood was sent to our department by the operating surgeon.

While going through the formalities, I happened to meet his wife, who was understandably tensed and looked pale. To my surprise, the first question she asked when we met was “Doctor, I am scared as my husband requires blood transfusion. Is it safe enough?”  On asking why she felt so, she mentioned an article about patients getting Hepatitis and HIV through unsafe blood transfusion.

It took me by surprise that she knew about the possibility of risks associated with blood transfusion. Blood transfusion is common in many simple to complex medical procedures. Although life-saving for many, it can have its own share of possible risks, which can even cost lives.

The Government of India has taken steps to ensure blood safety. However, Transfusion Transmitted Infections (TTIs) like HIV and Hepatitis, continue to be a major health concern in India. The major challenge lies in the inability of screening assays to detect early stage infections, also called as window period infections. The government has mandated the use of serology-based tests that are dependent on the body’s immune response, for detecting an infection.  Window period infections, especially the ones associated with slow replicating Hepatitis B, may manage to escape detection by serology-based tests. The challenge is not only to detect window period infections but also ‘occult’ Hepatitis B. Occult infections are characterized by the absence of Hepatitis B Surface Antigen (HBsAg) and detectable amount of HBV DNA.  Such infections are clearly missed by serology, thus leading to Transfusion Transmitted Hepatitis B (TTHBV).

India has high prevalence of HBV as compared to HIV and HCV. Still, the sensitization around Hepatitis B is not up to the mark. Many are not even aware that it can be transmitted through blood transfusion. Every now and then, media reports incidents of TTHBV, but there is no Government-led regulatory body to keep a record of such cases.

Other than making efforts to spread awareness, advanced and highly sensitive blood screening techniques need to be adopted by blood banks across the country. Nucleic Acid Testing (NAT) is the solution for window period as well as occult hepatitis infections, as it directly targets the nucleic acid of the virus. Unlike serology-based assays, NAT does not depend on the body’s immune response for viral detection.

Many countries across the world have mandated NAT, but in India, only around 100 blood banks are currently using this technique. Published data from NAT users across the country highlight the high prevalence of HBV in blood donors and how NAT has been able to avert TTHBV infections to a large extent. NAT, especially if done in Individual Donor format is proven to be most sensitive for TTI screening. Most of the countries with higher prevalence of TTIs have mandated ID-NAT.

After hearing her concern, I was glad to know that there is some awareness about such less talked about issues. I comforted her saying- “Don’t worry!  In our hospital, we provide an additional layer of safety to our patients, through the highly sensitive ID-NAT (Individual Donor Nucleic Acid Testing) technique”.