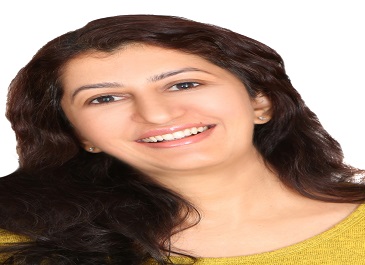 'Creativity is thinking up new things. Innovation is doing new things'... said Theodore Levitt, an American economist and professor at Harvard Business School. So when innovations happen, one way to encourage them is by rewarding it. Patents are important to protect innovation. It provides the innovator with legal means to prevent others from replicating the same innovation, albeit, without the original intellectual as well as financial inputs.

The recently announced National IPR Policy by the Government of India is a welcome step. The policy shows intent of the government to respect all forms of intellectual property and foster a culture of innovation. The policy will be a boon for all industries where Intellectual Property including patents is the bloodline. Industries benefitting from a robust IPR policy include Start-ups, IT, and Bio-Pharmaceuticals among others.

A significant initiative that the policy highlights is the inclusion of IPR as part of academic curriculum in educational institutes. This will address two important issues: Firstly, it will help the younger generation understand the value of creating an eco-system which respects innovation. Creating awareness on the importance of innovation among the young minds will help improve the existing practices. Second, while there are multiple applications for patents, very few are actually processed till its final stage. An education and awareness initiative will help generate better understanding about applications and protection of innovation. As Indian companies begin to invest heavily in R&D and start operating in multiple geographies, an awareness of safeguarding innovations becomes critical.

Though the policy provides clear direction towards an innovation- driven approach, it falls short in the area of how precisely it can safeguard these innovations. One of the apparent shortfalls of the policy is that while one of its previous draft recognised the need for patent cases to be adjudicated expeditiously, the final one does not cover the earlier recommendation of specialised benches in the High Courts of Bombay, Calcutta, Delhi and Madras, neither does it suggest designated district level IP courts.

The research-based pharmaceutical industry is driven by innovation and therefore depends on patents and other intellectual property rights. Hopefully, the policy will lead to an interpretation of the Indian Patent Act that respects innovation, encourages research and facilitates effective enforcement mechanisms.

While some argue that IPRs are insensitive towards challenges posed by socio-economic conditions of countries like India thereby branding IPRs as an anti-thesis of generic medicines and affordability, it is important to understand innovation is the seed and the root for finding new medicines which eventually become generics! For the system to function effectively, it is important to have a strong concrete IP Policy in place. There are safeguards in TRIPS for meeting a country's healthcare emergencies.

To reiterate, the National IPR policy is a welcome step. The interpretation and implementation of the policy in the coming days will indicate the direction it takes. A strong & meaningful IP regime is critical for fostering innovation without which it will be difficult for companies to fund the progress of new ideas.