The focus of World No Tobacco Day 2019 is on "tobacco and lung health." 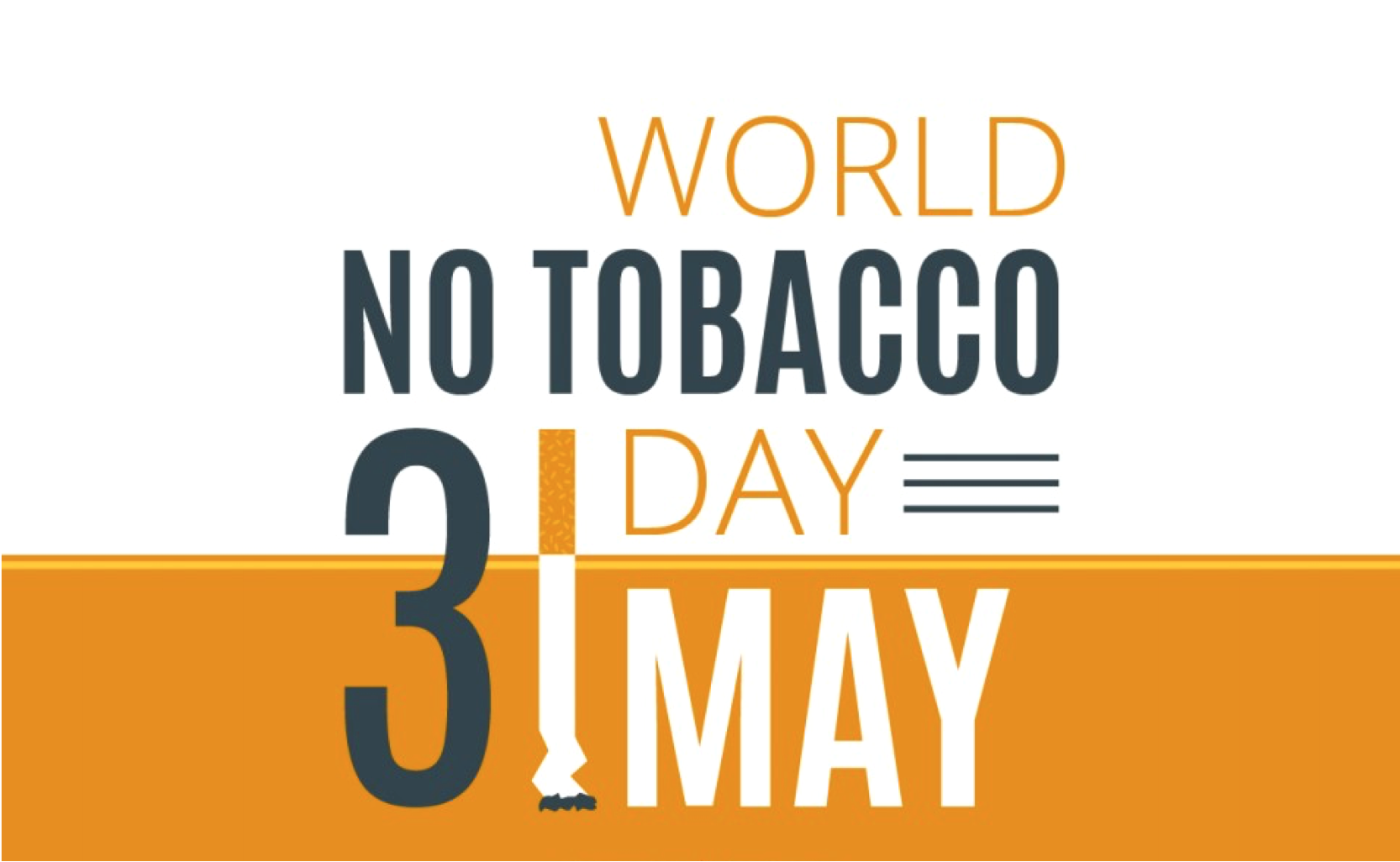 Every year, on 31 May, the World Health Organization (WHO) and global partners celebrate World No Tobacco Day (WNTD). The annual campaign is an opportunity to raise awareness on the harmful and deadly effects of tobacco use and second-hand smoke exposure, and to discourage the use of tobacco in any form.

The focus of World No Tobacco Day 2019 is on "tobacco and lung health." The campaign will increase awareness on the negative impact that tobacco has on people’s lung health, from cancer to chronic respiratory disease, and the fundamental role lungs play for the health and well-being of all people.

On this occasion, BioSpectrum India brings to you the experts’ views on ‘Tobacco and Lung Health’-

“50-60% smokers who visit me, have Chronic obstructive pulmonary disease or COPD. It is the leading cause of death due to smoking, and the life expectancy of a smoker is 60 years. Also, chemical factory workers who are exposed to chemicals and smoke, and rural women blowing into a chulha, can get COPD. According to the Body mass index, airflow Obstruction, Dyspnea and Exercise capacity (BODE) for COPD Survival Prediction, if one smokes 20 cigarettes a day for 20 years, he/she can get COPD. It is a partially reversible disease and early warning signs of it are difficulty in walking, breathlessness and cough. The patients tend to visit the doctor when their COPD becomes severe. They may be admitted in the ICU, can suffer from phenomena or may require oxygen therapy at home. Thus, smokers with COPD are advised to opt for pulmonary rehabilitation which is a supervised program that includes exercise training, health education, and breathing techniques.”

“Lung health is an important concept and applies to each and every individual. Mere breathing exercises are not going to be sufficient to maintain it. As they say ‘Prevention is better than Cure’, it is important on us as a society to understand risks of tobacco exposure on health. Parents have to understand and also make sure children are explained the risks of tobacco exposure. Quitting tobacco also requires socio-emotional support apart from various pharmacological steps required for smoking cessation. There is need to have more dedicated smoking cessation clinics to help quit smoking.  It is imperative for schools to teach ill effects of Tobacco through various communication mediums.  Policy makers also need to understand the menace of Tobacco addiction and its implication on health and frame strategies to support quit tobacco campaign for better future and health.  Multi-pronged approach is the best way ahead to curb the menace of Tobacco.”

“Smoking among the young adults in India is growing in leaps and bounds and it definitely spells trouble. India contributes to 12% of the world’s smokers and there is baffling jump of 36% in the number of smokers from 1998 to 2015.Though the use of cigarette smoking has dropped in Karnataka due to laws and public policy with ban in smoking in public places and smoke free zones it has not deterred the teenagers from experimenting. The earlier the adult takes to smoking the longer is the duration of smoking history they usually have. Also there has also been a rise in young adults not only smoking cigarettes but taking to other recreational drugs which can be even more catastrophic. The decline of lung function is exponential and have seen young patients visiting my clinic with frequent respiratory ailments and we are also seeing a rise in lung cancer in the younger age group too. All it takes is a single cell to get mutated by a single cigarette to cause a cancer which would be detected many many years later and more than often when the patient comes its already progressed too far.”

“Discontinuing smoking has been shown to have a positive impact on urological disease. Aside from being a primary preventative measure in selected urological malignancies, post-diagnosis, discontinuation of smoking is associated with:

As a treating Urologist it is important to take greater responsibility in this preventable health measure. A key step in implementing behavioral change such as smoking cessation, is promoting awareness of its consequences. Health education and providing pathways to kick the butt should be an important part of the treatment. The diagnosis of a malignancy has been identified as a ‘teachable moment’, to impart knowledge about the risk factors associated with that malignancy. The message goes wide and clear to the patient and his well-wishers. Graphic health warnings on Cigarette packaging should also be adopted for urological conditions.”

“Every year, more than 1 million deaths take place because of second-hand smoke. Apart from lung cancer, tobacco smoking and exposure to second-hand smoke are also major risk factors for chronic obstructive pulmonary disease (COPD), tuberculosis (TB), asthma, etc. The millions of deaths caused by tobacco-related respiratory disease are distressing, but even more distressing is the tremendous suffering caused by these illnesses, affecting the quality of life of people of all ages.

While the campaign this year aims to raise awareness on the harmful and deadly effects of tobacco use and advocating for effective policies to reduce tobacco consumption, it needs to be collective social effort across multiple sectors in the fight for tobacco control. Specifically, it is important to implement and enforce the most effective tobacco control policies aimed at reducing the supply and demand for tobacco. Limiting or taxing access and high- touch awareness campaigns to make tobacco unappealing to the younger generations are imperative in this fight against tobacco.  This could change the paradigm. The next generation should ask: “what do I gain from enjoying tobacco?” versus “what do I lose from using tobacco?”

This World No Tobacco Day, let us ask not only of the cigarette and bidi smoker and consumer of paan and gutkha, to use their sheer willpower and give up tobacco once and for all; let us also ask the manufacturers, marketers, and distributors of tobacco to redirect their business once and for all.”

“Worldwide, over 1.8 million new Lung Cancer cases are registered annually. Lung cancer occurs mostly in adults over 60 years of age and history of long-term tobacco smoking hugely increases the person’s risk of developing lung cancer. Other risk factors include exposure to pollution, asbestos, metals, second hand smoke, Chronic bronchitis, etc. However, thanks to the advances in molecular genetics, it is becoming more accepted that the identification of genomic alterations in lung cancer can have great impact in the choices of drugs and in our understanding of patient specific drug sensitivity/resistance profile. This has led to significantly higher therapy successes in lung cancer patients. Advanced molecular testing is now an integral part of lung cancer diagnosis and management.”

“A smoker is asked to undergo pulmonary function tests (PFTs), so that they get to know about the certain disturbances or abnormalities which occur due to smoking as their lung capacity goes down. If the COPD patient continues to smoke then problems like coughing and breathlessness will not come under control, despite taking regular medications. Hence, smokers diagnosed with COPD are advised to enroll themselves for smoking cessation therapy (the process of discontinuing tobacco smoking). Counseling, behavior therapy, medicines, and nicotine-containing products, such as nicotine patches, gum, inhalers, and nasal sprays, may be used to help a person quit smoking, along with medications recommended by the doctor. Moreover, monitoring the lung functioning regularly, taking a vaccine to prevent infections, doing yoga and breathing exercises can enhance one’s lung function.”