According to the World Health Organisation (WHO), India is home to 12 per cent of the world’s smokers which is 12 crore smokers 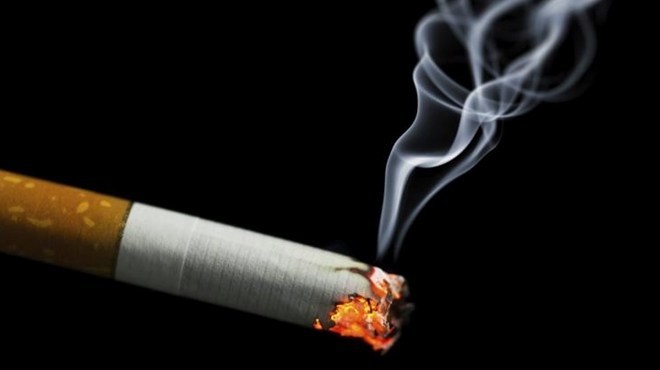 Tobacco smoking is one of the world’s and India’s biggest and most preventable cause of early death and a blight on culture and society. With 120 million tobacco smokers, India is the second largest consumer of combustion-based tobacco products globally and witnesses over one million deaths per year due to tobacco related illness. Despite efforts to reduce tobacco burden by means of taxation, stringent labeling requirements, etc., cigarette volumes have not witnessed significant decline in India. Teenage smoking for instance is now an epidemic in the country. According to the World Health Organisation (WHO), India is home to 12 per cent of the world’s smokers which is 12 crore smokers. More than 10 lakh die due to tobacco consumption each year in India. The staggering data also reveals that 24 per cent of children in India under the age of 16 have used some form of tobacco in the past and 14 per cent are still using tobacco products. Many young people pick up these habits every year — in fact, 90% of all adult smokers started when they were kids.

Speaking about the subject, Dr Rimjhim Saran Bhatnagar, Consultant Dental Surgeon & Oral Oncologist, D-care, RGCI, said, “Smoking and tobacco use cause stained teeth, bad breath and a diminished sense of taste. Over time, smoking can hinder your immune system, producing more concerning side-effects that include a reduced ability to recover after surgery. Because of this, smoking is also one of the most significant risk factors associated with gum or periodontal disease, which causes inflammation around the tooth. This irritation can affect the bone and other supporting structures, and its advanced stages can result in tooth loss. The use of tobacco – especially smokeless tobacco – increases your risk of oral cancer as well, which can be aggressive due to the abundance of blood vessels and lymph nodes in your head and neck. Ultimately, the effects of smoking on teeth can lead to tooth decay, and pose a challenge with restorative dentistry. Because tobacco causes tooth discoloration, the aesthetic results of this treatment are not always ideal – both extrinsic and intrinsic. In addition, gum recession can cause uneven margins on crowns and other restorations. Quitting tobacco is challenging due to its addictive properties, but with your dentist's help, you can take back control of your oral health. World No Tobacco Day seeks to raise awareness of these health complications.”

Dr Sajjan Rajpurohit – Consultant Medical Oncology, Rajiv Gandhi Cancer Institute and Research Centre (RGCIRC) on World No Tobacco Day, commented, “E-cigarette – which are based solely on pure nicotine could be used to wean away smokers from cigarettes. Tobacco smoke has 74 carcinogens. It is Nicotine which is the psychotropic substance which makes us psychologically dependent on tobacco. However Nicotine in itself is not a carcinogen though it has certain side effects. It can lead to hypertension and other cardiac problem and even dementia in the long term. If not abused, short term harms of purely nicotine based e-cigarettes are not much but it can help wean away smokers from cigarettes with carcinogenic potential. 45% of all cancers in males are tobacco related cancers in India. There has been some awareness against tobacco usage but most people start taking tobacco early when they are still teenagers or entering colleges.  Lung cancer, which is directly related to smoking tobacco, is amongst the most common cancers. Unfortunately, more than 60-70 % lung cancer cases are detected at an advanced stage since the tumour gets lots of space to grow. Regular screening is a must. RGCI has a screening programme for lung cancer patients.”

Smoking and tobacco use can harm every body system and lead to health problems such as heart disease, stroke, emphysema (breakdown of lung tissue), and many types of cancer — including lung, throat, stomach, and bladder cancer. People who smoke also have an increased risk of infections like bronchitis and pneumonia. Besides these deadly diseases, there any several other consequences which people are not aware of. For instance, blindness, type 2 diabetes, erectile dysfunction, ectopic pregnancy, gum diseases are a few other effects of smoking.