The world is grappling with single-use plastics and their potentially damaging effects, so it is imperative to address the risks that microplastics pose to our environment, and human health. 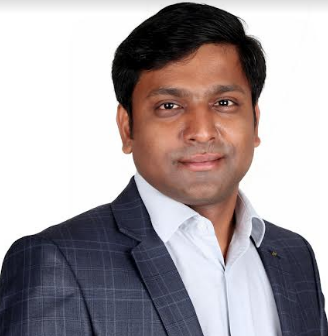 The Indian government recently imposed a ban on single-use plastic products including plastic straws, which augurs well for the environment, the health of its citizens, and the future of India’s natural resources. This is a bold step in the continuation of the nation’s fight against single-use plastics, first announced in 2019. Since then, industries have had sufficient time to prepare and switch to sustainable packaging practices. However, much more remains to be done in this regard, as many businesses have not yet completely adapted to this proposed shift towards eco-friendly alternatives.

Although talk of eliminating plastics are a step in the right direction, the scourge of microplastics is well upon us. Microplastics can be found almost everywhere around us; they are tiny plastic particles sized under five millimetres in diameter. Microplastics are perceived as environmental contaminants affecting our natural surroundings, marine ecology, global food chain, and quite possibly human health – although more research is required to understand exactly what impact microplastics have on our bodies. Microplastics are believed to be more contaminating than regular plastics and a majority of these come from the breaking down of daily use plastic items.

We are looking at a plastics-based pollution crisis that is likely to worsen, with plastics pollution expected to grow by 60% by 2030, and triple by 2050, according to a recent report by UN.

Another concern is that microplastics have been identified in the lungs and blood of living humans, suggesting that our bodies are already being contaminated by these particles. However, much more research is needed to fully understand what impacts microplastics have on our health.

Making their way into rivers and oceans, where they are ingested by fish and corals, microplastics have not even spared marine life. According to a report by Nature Portfolio, microplastics have been recorded in more than 100 aquatic species, including 12 of the 25 most highly valued species for global marine fisheries.

According to a report, commissioned by the Worldwide Fund for Nature (WWF), and conducted by the Alfred Wegener Institute Helmholtz Centre for Polar and Marine Research, titled: “Impacts of plastic pollution in the ocean on marine species, biodiversity and ecosystems,” the amount of microplastic particles in our oceans and seas could witness a 50-fold increase by the end of this century.

The report suggests that microplastic concentrations above ecologically dangerous threshold levels have now been estimated in several global aquatic regions. This means that the possibilities of serious ecological risks are more likely due to their presence, something that has already been observed in key marine hotspots such as the Mediterranean region, the East China Sea, the Yellow Sea, and even the Arctic Sea ice.

Given their ubiquity, the problem of microplastics is not confined to a singular country – this is a global issue that requires immediate attention and action from governments and scientific researchers through to local communities and individual households.

The reality is that demand for plastics is only growing, even though the ban on single-use plastics is a step in the right direction. Communities need to actively address the bigger challenge by holding industries accountable for their operational practices and urging them to contribute towards building a zero-waste circular economy.

Despite recent efforts in parts of Europe and the United States on standardising testing methods for microplastic detection and analysis in the environment, the lack of collective global policies to address this problem has been delaying the kind of action that is needed. While the World Health Organization (WHO) has called for, “further assessment of microplastics in the environment and their potential impacts on human health,” we need more decisive measures urgently.

Another concurrent approach is to step up the ongoing research and testing in the area. To date, molecular spectroscopy solutions such as laser direct infrared chemical imaging (LDIR) and Fourier transform infrared (FTIR) spectroscopy technology are favourable amongst research scientists for the initial analysis of microplastics due to the resulting high-quality imaging and spectral data.

Good governance and policy shifts are the starting point – the environmental impact of microplastics must percolate down to businesses and more importantly, to individual consumers if we are to make any useful progress. Responsibly disposing of plastic waste and tackling microplastic pollution is everybody’s duty to protect our planet from this emerging environmental contaminant.