Are biotech innovators dilemma for India?

The US, Germany and Japan are power centres of innovation and China is now emerging as a distant second but can India emerge in this global peer competition. Ram Ramanujam, CEO and CSO, Propinquity Sciences Bangalore, reveals more 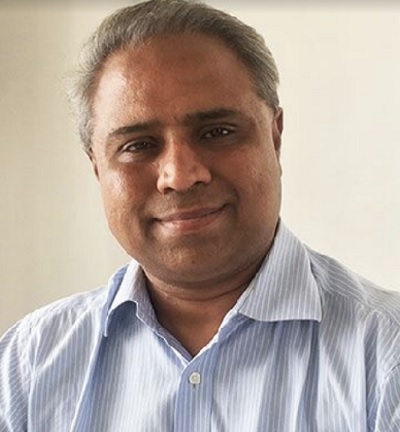 Dr Nirmalya Kumar, Ex Harvard, (see London Business of Economics-Talk-You Tube) in his famous 2012 TEDx talk claimed that India innovates invisibly in all walks of business including pharma and biotech. We embarked on a natural journey in our previous company by doing a global foray on how we are perceived by the foreign MNC firms and smaller firms in the US a developed world, that is North American Soil, European Union and Japan.

The US, Germany and Japan are power centres of innovation and China is now emerging as a distant second but can India emerge in this global peer competition.

Our experience has been that modern biology broken down as academic research and translational sciences poses two different challenges for India. Indian academia is not fine-tuned to churn out quality PhDs to research and develop translational sciences like Modern OMICS and Integrated OMICS. Increasingly, MNC pharma in West and smaller Biotech firms serve as discovery nerve centres, which get acquired over a period or the Sanofi type of collaboration that leads to blockbusters like Eyelea. Indian experience has been after $7 billion of investment in pharma and biotech. No new NCE or NBE has emerged in the forefront of the global drug discovery value chain.

Biotech firms in India that have embarked on services in chemistry and biology have nowhere to go except to innovate. The drug companies in India have reached a saturation stage in generics, rather than fighting peers in the west on Patents, They better start to innovate. Biotech companies are starting at M&A activities next to embark on drug discovery. Although many companies are small in biotech, their scaling-up requires fresh investments.

This is where the complication arises, VCs and funds are preciously available. Thus as Dr Nirmalya Kumar points out, for our test case Biotech in India is on a crossroad for innovative ideas.

Make in India Programs from Indian soil have nurtured much biotech programmes, but remain nascent. What is then the solution, tech parks, industrial collaborations, ecosystems like Silicon Valley? In a notable book, Gary Pisano Harvard Professor of Business of Biotech, says that he sees biotech as nobody has seen as a Vibrant and Most innovative industry in the world. Yet in 50 years, it has hardly taken shape in the whole world.

In his famous book Science Business, he says if you remove the top performers in terms of revenues of the publicly listed companies in the America, the rest are bleeding. That tells you something to think about.

Here in India, professionals hardly come out of their shells to start new ventures in biotech, barring a few exceptions. India to become a global biotech enterprising country first needs global research hubs like the US. We should have state and central science institutions which will innovate just expecting nothing out of it, as President Obama puts it we will innovate like nobody and 50 years down the lane that basic Fundamental research will start to yield Tesla's of Biotech.

In genomics, India is a laggard. Genomics is purely a fundamental science and NIH has initiated an Integrated Multi-OMICS institute. Without OMICS doing drug discovery, today is like walking without legs. Having said that, Indian OMICS enterprises are just sequence hubs, but slowly turning their attention towards discovery genomics. While discovery programmes are just reengineering shops, OMICS programmes are just to sequence and bio information boutiques. We have lagged behind China and South Korea and have taken lead in forming large enterprises like Beijing Genome Institute, and other well-known companies like Macrogen. While we tend to jump at bioinformatics and genomics as an opportunity without proper business models, enviable firms in the US like Foundation Medicine, Illumina and DNAnexus, and Ultima Genomics roar with new programmes, and churn million human genome projects, with none other than Dr Craig Venter, Tesla of Genomics, and his institute in Synthetic Biology and Human Longevity taking centerstage in the Genomics Corporate world.

Where does then India stand in biopharmaceuticals biosimilars development, novel new biologics, RNA and DNA-based therapeutics and genomics-based drug discovery and development? We have to start at some point innovating at least invisibly through our CROs pitching in for globally competitive projects.

New biologics have to be developed in India as biosimilar play will be not sufficient for India to edge past the western competition. Novel biologics today will cost $2 to 2.5 billion and OMICS technologies are churning out disease data far faster than ever. India has two inherent strong foundations, mathematics and statistics. Computer science is in the heart of the Indians, IT cannot be avoided ever. Thus in the interdisciplinary science of genome informatics, India can become a leader help drug discovery and development programmes and contribute to the discovery of chemistry and biology. Novel areas like toxic genomics and chemo genomics at large are still untapped in the west, and India can play a huge role if competency can be built in critical masses.

Genome informatics like that of our research on the fractal approach-fractal genomics dates back to Indian prowess in fractal temples that got constructed by our forefathers. Thus, small companies, medium enterprises, start-ups and Large companies are encouraged to test the unchartered territories with the help of government funds and stay at the forefront of technology-When that happens VC and Funding community would sit up and have a look at these entities for funding and nurturing them to IPO route. Barring exceptions, 95 per cent of Biotech is SME in India.

As Dr Nirmalya Kumar and Dr Puranam point out Forward citations in Indian patents are right. But not in Biotech, it is a relatively skewed representation of India in science research innovations. The US has led the world in the IT and biotechnology and pharma industries. The core of this innovation-driven by discovery research pumped by start-ups in Silicon Valley and NIH NSF's massive budgets in research in academia.

Visible innovation will only drive us to build brands like Amgen and Genentech and Abbvie. Research should be at the core of product development although entrepreneurs are bound to face a bed of thorns in their journey. Start-ups are the rock bed of any economy in clearing the job burden on governments, and they should be provided ample support and funding and mechanisms to clear regulatory hurdles. Western firms will flock to India for services and product innovations once the research is set as core to all functions of a company.

Dr Schleifer, a Clinician PhD turned bio-entrepreneur is the epitome of bio-entrepreneurship in the world. His lieutenants, Dr Yancopoulos remains one of the highest cited scientists in the history of drug discovery, a self-made research billionaire. He points out in one tube video, that if two people point to his door, one with spectacular sales figures that quarter, and another with a rather an innovation that may not yield fruit in many years to come, to CEOs and Chairman and Board, and if they don't get interested and excited equally at the sales numbers and a visible innovation- the company will be rotten egg over a period. We cannot build 100-year companies which are built to last in India without Research Innovation and Products that are world-class.

We must now sign on to this drive we commit to innovating. We see the New India is usurping and brimming with that confidence, and I would hope to see a developed India by 2040. It is doable by all

means if we get our acts together.