As one of the fastest growing knowledge industries in the country, India’s biotechnology sector is poised to become a major driver of the Indian economy. Its benefits are overarching – it has the potential to increase food production and thus reduce poverty and hunger. It has a key role in improving the health of the nation with next-generation, personalised, affordable medicines. Let’s take a look back in history and also chart the future, using the present day potential of this vibrant sector 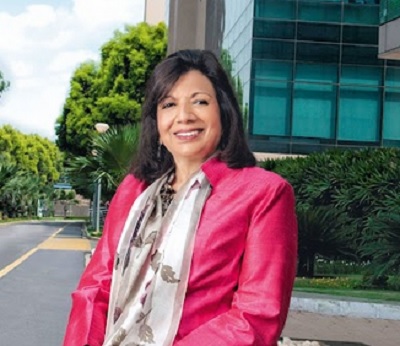 Over the last 20 years, life sciences in India has gone from being a nascent sector to a sunrise industry. When I began my own entrepreneurial journey in 1978, little did I know that I was sowing the seeds of the country’s biotechnology revolution.

Up until the mid-1980s, I was the lone entrepreneur in the Indian biotech landscape. My challenge was to get the market to accept biotechnology, which was a new concept back then. An unreliable power supply situation in Bangalore and the limited resources that I had at that time were a serious challenge as biotech processes demanded uninterrupted power supply and precision process control. To top the constraints imposed by red tape and inadequate infrastructure, I needed to import every research consumable to pursue critical R&D. As I built Biocon step by painful step, the sector evolved in India around me and the business environment became more biotechnology-friendly.

Recognising the need to support biotechnology in India, the government set up a National Biotechnology Board in 1982 with Dr S Ramachandran as member secretary with a mandate to identify areas of priority development areas. As the need for a separate Department grew, the government established the Department of Biotechnology (DBT) in 1986 with D S Ramachandran as founder secretary. As a pioneer in the industry, I was privileged to be invited to the DBT’s launch. The focus in this phase, through Dr S Ramachandran’s nearly seven-year-long tenure, was on creating an academic ecosystem for biotechnology and thereby start generating the required human capital to support this emerging sector through a number of Departments of Biotechnology at select universities, including Anna University, Madurai Kamaraj University, Jawaharlal Nehru University, MS University, Centre for Cellular & Molecular Biology (CCMB), and Institute of Microbial Technology (IMTECH) Chandigarh. The DBT was also focusing on helping the sector overcome the type of challenges faced by Biocon during its formative years – the dire need for infrastructure for both research and development and manufacturing, along with a conducive regulatory environment.

By the 1990s, the sector started growing in depth and scope; several biotech companies sprung up across the country and a cluster effect was seen in Bangalore which soon became India’s pre-eminent biotech city.

Economic liberalisation in 1991 also brought a sea change in the Indian life sciences industry. Exponential investments were made by leading Indian pharma companies to become global players through a combination of rapid indigenous expansion and overseas collaborations. It was the start of a new phase for the sector, speeding up the growth of the Indian biopharma industry.

As the industry grew, DBT’s focus expanded to include the building of industry-academia linkages that were critical to enhancing the sector’s value. The phase, which spanned Dr Manju Sharma’s nine-year stint as DBT secretary, saw the birth of Hyderabad startups Shantha Biotech and Bharat Biotech which developed India’s vaccine sector based on seed technology developed at CCMB and  Indian Institute of Science (IISc).

In time, India grew to be a biotechnology and pharmaceuticals hot spot and a hub for manufacturing small molecule generics, vaccines and insulins.

After Dr M K Bhan took charge as the secretary of DBT in 2004, he steered the biotech sector through his visionary leadership during his decade at the helm. Among other things, he played a key role in bringing the rotavirus vaccine to India.

Biotechnology has already delivered several societal and economic benefits to India which in turn have been shared with other global economies. Today, India’s vaccine industry led by the Serum Institute of India, Bharat Biotech, Biological E and others accounts for 50 per cent of the global vaccine capacity. By 2006, Shantha Biotechnics and Bharat Biotech had disrupted the MNC monopoly for Hepatitis B vaccines not only in India but throughout the developing world with the help of the World Health Organisation (WHO). Likewise, Biocon and Wockhardt broke the domination that Novo Nordisk, Eli Lilly and Sanofi had enjoyed for decades over insulins. Biocon has not only been instrumental in increasing affordable access for people with diabetes in India but also in serving patients the world over.

To augment R&D efforts and entrepreneurship in life sciences, the DBT created the Biotechnology Industry Research Assistance Council (BIRAC) in 2011. As the largest source of early-stage funding, BIRAC supported thousands of first-time startups as well as existing biotechnology entrepreneurs in its effort to build the biotechnology innovation ecosystem in the country. Dr Renu Swarup, who played a crucial role in the foundation of BIRAC and led it for six years, contributed to the industry’s success in accelerating and translating breakthrough scientific ideas into products and services. A role she continued to play when she took over as Secretary, DBT in 2018 after Prof. K Vijay Raghavan's illustrious 5-year stint at the department. At DBT, she was instrumental in promoting several Atmanirbhar Bharat initiatives, which have led India to take a leading role in the manufacture of diagnostics, medical equipment and vaccines.

When the COVID-19 crisis broke in 2020, the Indian biotech industry drew on its significant strengths in research, innovation and manufacturing scale. It developed and manufactured diagnostics, therapies and vaccines at speed and scale to save countless lives. In the face of the biggest health calamity faced by humanity in a century, India’s bioeconomy grew over 12 per cent annually to reach $70 billion in 2020.

The Atmanirbhar Bharat framework is encouraging the Indian life sciences industry to build on its inherent strengths while collaborating internationally to make a global impact. The government, through the DBT, has made tremendous efforts in promoting bioscience research, translational education and entrepreneurship. This, coupled with a burgeoning start-up ecosystem, is unleashing biotech innovation in the country. India needs to build on this momentum by putting in place a comprehensive biotech strategy encompassing investment, R&D, exports and a strong start-up culture.

As one of the fastest growing knowledge industries in the country, India’s biotechnology sector is poised to become a major driver of the Indian economy. Its benefits are overarching – it has the potential to increase food production and thus reduce poverty and hunger. It has a key role in improving the health of the nation with next-generation, personalised, affordable medicines.  Biofuels and industrial enzymes have a powerful role to play in preparing India to be a low carbon emitting nation. The power of biotechnology is both transformational and far reaching and it is for us as a nation to invest judiciously and pragmatically in order to derive the benefits of this technology of hope for its billion-plus people.

Focusing on cutting-edge innovation will allow India to capture a significant value share of the global life sciences market. To capture the huge opportunity, India will have to act expeditiously, and the government will have to play an enabling role by creating a conducive physical, financial, legislative and regulatory ecosystem. By aligning their goals, the scientific community, the industry and the government will be able to take Indian biotechnology to the next level.