How Indian Healthcare System differs from US

We often get asked questions around fundamentals of the healthcare landscape in India. To put the response in context, we have used the US healthcare industry as a benchmark to highlight the landscape in India. The US and India have something in common -a complex mix of public and private healthcare and insurance. This article highlights some of the broad differences between the two healthcare systems and is not meant to be comprehensive in any way 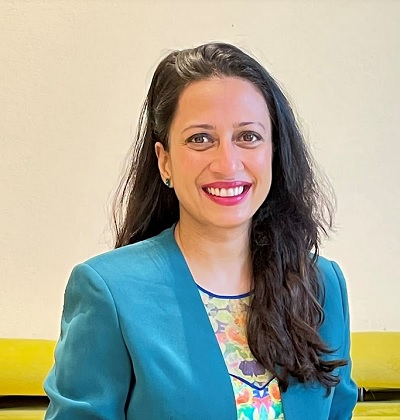 The US health infrastructure is ahead of India’s on some of the basic metrics, though India is catching up.

Today, the US is ahead of India in terms of infrastructure available per 1000 people. The number of doctors per 1000 in the US is 2.6, compared to 0.8 in India. India is expected to catch up!

In India, however, there is a concentration of hospital beds in urban areas and supply demand gap may be lower here. We believe that these metrics in India are certainly moving in the right direction. For example, the number of medical colleges and graduating doctors has increased by 17 per cent , which is bound to close this gap to some extent. We also saw a large number of mobilisation of resources at every level in India during COVID, which gives us confidence that both the private sector and the government are working much more aggressively to increase the infrastructure accessibility in the healthcare sector.

A major difference is in the spending pools in the countries. While out of pocket expenses on health are only 10 per cent  in the US, the number is a staggering 65 per cent  in India, because of the low penetration of public and private insurance. Additionally, while the US allows for OPD coverage under insurance, in India, this has a negligible share. However, we must also highlight that the cost to insure a family of 4 is ~$ 21K, which is 70 times more expensive than that in India.

The existence of higher insurance penetration has historically allowed for the adoption of a larger number of innovative models in the US, especially in domains such as healthcare delivery and devices and diagnostics. One example we can highlight is that of the growing mental health market. As it is insurance covered, the size of the market is $ 50B in the US, much larger than that in India.

The US pharma industry is the largest in the world, with a market size of ~$ 500 billion! In comparison, the Indian pharma market stands at ~$20- 30 billion. US pharma companies spend an average of 20-22 per cent  on R&D whereas this number is closer to 8 per cent  for Indian pharma companies. US companies are much more focused on newer drug development (~4500 drugs under development in the US compared to less than a dozen in India).

Since the US is largely insurance driven, drug prices often get negotiated by the insurers. However, surveys suggest that 79 per cent  of Americans consider US prescription drugs to be highly unaffordable and 30 per cent  in fact go without prescribed medications because of cost. The US government has begun taking some measures to put curbs on drug prices, but several other measures are needed along the way.

Indian medical device seems a tiny drop compared to the US, but with the constant push and quality talent, is expected to dominate the markets

The US med-tech industry is also the largest globally, with a market size of $ 150B! The Indian market is estimated to be a  $7-8 billion industry. Given it’s a comparatively small and fast growing market in India, the projected CAGR for Indian med-tech ~13 per cent  is expectedly 2.5X that of the US. Currently India relies heavily on imports for its medical devices. However, young talent with strong R&D capabilities, availability of low-cost infrastructure and a government push for ‘Make in India’ is creating vast opportunities for growth in this sector.

In conclusion, we do believe that the US is a large healthcare market on account of high prices for procedures and drugs which need to be brought down. However, the US is also very innovative and organised and we believe India is headed in the same direction. New age companies that address unmet needs in India and have the potential to disrupt US markets as well are better positioned to bring efficiency and reduce costs in the US. While India lags behind in size compared to the US in healthcare spending, the market is fast growing and has seen high disruption over the past few years.

There are several tailwinds for growth- increased expenditure by the government, disruptive digital technologies/business models leapfrogging years of infrastructure investments in the US. The startup investments in healthcare alone have grown 3X in 5 years, and the change is reflected in public markets too! The make-up of the exchange, which was dominated by pharma, is seeing tremendous change as companies across various sub-sectors are getting listed. Being a VC focused on new age companies we are enthusiastic about the opportunities in the Indian healthcare ecosystem.