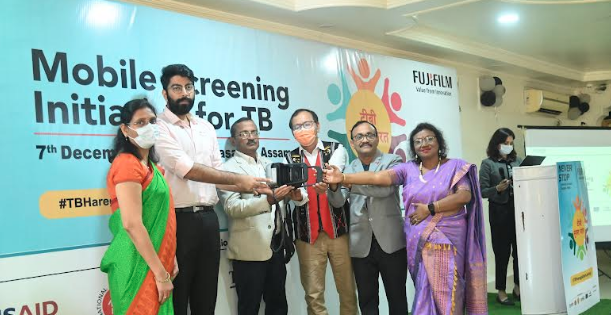 Fujifilm India has launched the second phase of its campaign on TB “NEVER STOP: SCREENING TO REDUCE DIAGNOSTIC DELAYS” in selected districts of Assam, Gujarat and Kerala.  The second phase of this campaign aims to increase awareness of tuberculosis (TB) as a curable disease and promote screening and early diagnosis among tea sector workers, difficult to reach population in rural and urban areas including the tribal population. Apart from symptomatic screening, Fujifilm would be providing nutrition support to identified TB patients in Sivasagar district of Assam.

In association with International Union Against TB and Lung Disease (The Union), the project aims to demonstrate a model for promoting early diagnosis of TB by utilising newer solutions in community settings.

Through the campaign, Fujifilm will be offering door-to-door awareness on TB and provide mobile digital X-ray services along with Qure.ai’s computed aided radiology software application designed with deep-learning for the intervention.