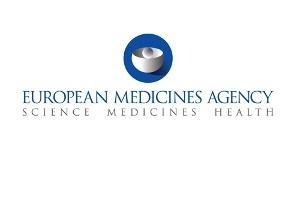 The European Medicines Agency (EMA) has confirmed its recommendation to suspend a number of medicines for which authorization in the European Union (EU) was primarily based on clinical studies conducted at GVK Biosciences in Hyderabad, India.

This is the outcome of a re-examination requested by marketing authorization holders for seven of the medicines concerned.

EMA's Committee for Medicinal Products for Human Use (CHMP) had adopted its original recommendation in January 2015 following an inspection of GVK Biosciences' site at Hyderabad by the French medicines agency (ANSM) that raised concerns about how GVK Biosciences conducted studies at the site on behalf of marketing authorization holders.

The inspection revealed data manipulations of electrocardiograms (ECGs) during the conduct of some studies of generic medicines, which appeared to have taken place over a period of at least five years.

Their systematic nature, the extended period of time during which they took place and the number of members of staff involved cast doubt on the integrity of the conduct of trials at the site generally and on the reliability of data generated.

During the re-examination, the CHMP concluded that concerns about reliability of the clinical studies remain and therefore maintained its recommendation of January 2015 to suspend medicines for which no supporting data from other studies were available.

This is with the exception of one medicine included in the re-examination for which concerns about studies were addressed. This medicine is now no longer recommended for suspension.

As a result of the CHMP's January 2015 opinion and the re-examination, around 700 pharmaceutical forms and strengths of medicines studied at the Hyderabad site remain recommended for suspension.

For around 300 other pharmaceutical forms and strengths, sufficient supporting data from other sources had been provided; these medicines will therefore remain on the market in the EU.

The updated list of medicines for which the CHMP recommends suspension is available on the EMA website.

The CHMP noted that there is no evidence of harm or lack of effectiveness linked to the conduct of studies by GVK Biosciences at Hyderabad.

Some of these medicines may remain on the market in some countries if they are of critical importance for patients because alternatives cannot meet patients' needs.

The decision on whether a medicine is critical for patients lies with the national authorities of EU Member States depending on the situation in their country.

For medicines that are considered critical, companies are given 12 months to submit additional data.

EMA and national authorities work closely with international partners to ensure that studies underpinning marketing authorizations in the EU are carried out to the highest standards and that the companies involved comply fully with all aspects of Good Clinical Practice (GCP).

The CHMP's recommendation will now be sent to the European Commission for a legally binding decision.

This decision will apply to all Member States irrespective of whether or not they have taken interim measures to suspend medicines.