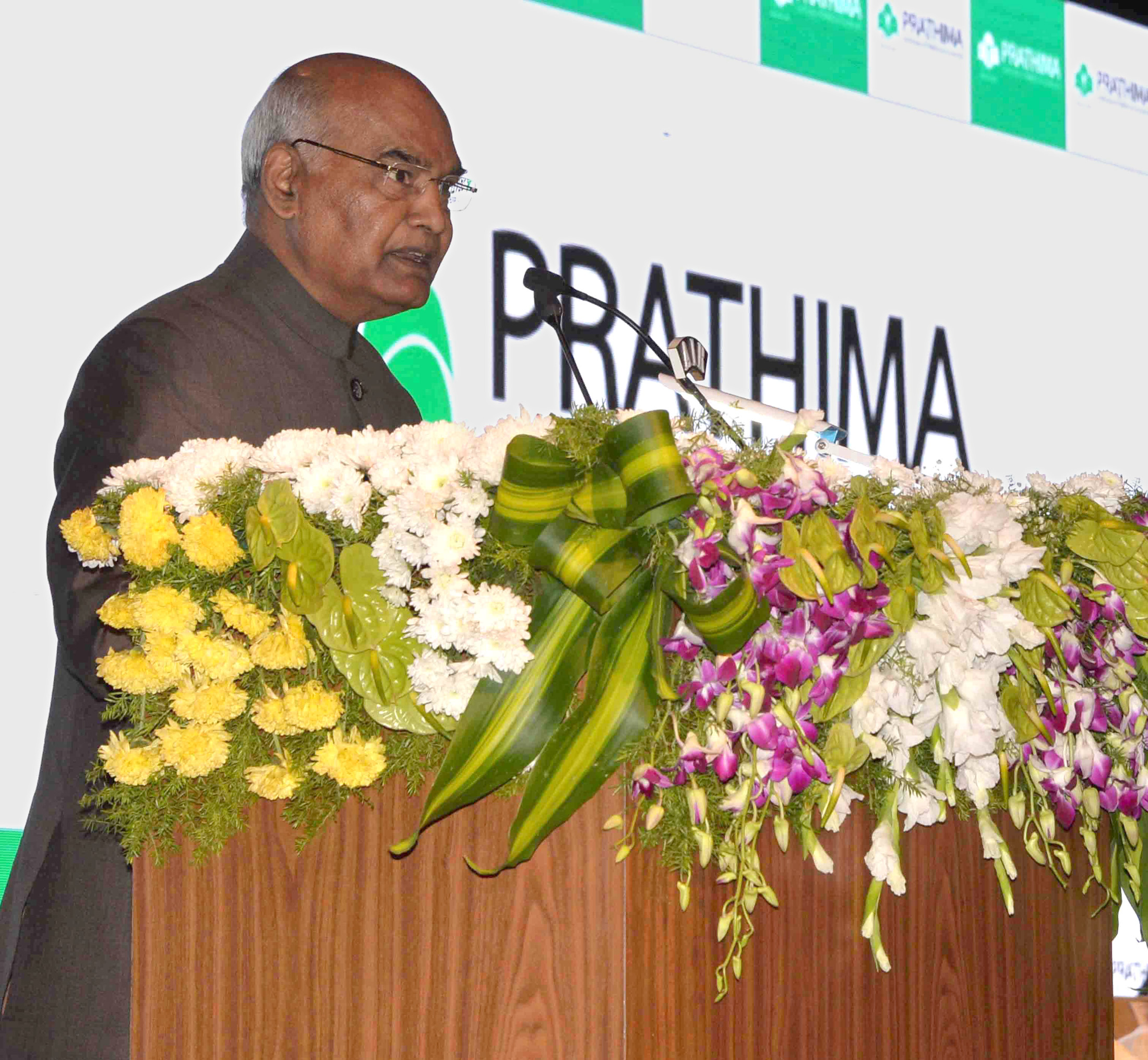 The President of India, Ram Nath Kovind recently inaugurated the Centre of Excellence for Sickle Cell Anaemia, Thalassemia and Other Genetic Blood Disorders at the Prathima Institute of Medical Sciences in Karimnagar, Telangana.

Speaking on the occasion, the President said that, “Our country has made significant strides in the field of healthcare. Our doctors and paramedics are rated amongst the best in the world. Today, super-specialty hospitals are dotting the entire map of India. Many of our leading cities have emerged as preferred destinations for advanced medical treatment and medical tourism. Thanks to advancements in the medical field and improvement in standards of living, the average life expectancy in India has more than doubled since our independence.”

“While these are laudable achievements, we still have a long way to go in evolving a holistic healthcare system, one which is uniformly affordable and accessible to our citizens both in rural and urban areas. Strengthening public hospitals, municipal hospitals, charitable hospitals and primary health and wellness clinics must receive priority. This apart, we need to spread awareness on healthcare issues especially in rural areas and amongst disadvantaged sections of the society. This will be useful for managing and mitigating genetic blood disorders, which are particularly prevalent in tribal communities.”, he added