The prize has been awarded for his pioneering work on molecular motor proteins, which are crucial for the functioning of living cells. 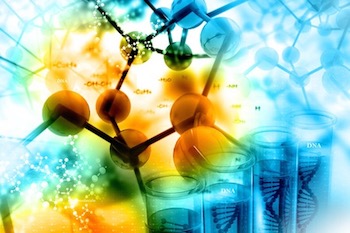 Infosys Science Foundation (ISF) recently celebrated its 10-year milestone and announced the winners of the Infosys Prize 2018 in six categories - Engineering and Computer Sciences, Humanities, Life Sciences, Mathematical Sciences, Physical Sciences and Social Sciences. The Prize, given annually, celebrates the success of the recipients in science and research by recognizing their achievements in each category. It carries a pure gold medal, a citation and a prize purse, the amount for which has been increased to $100,000 (or its equivalent in Rupees) this year, tax free in the hands of winners in India.

The Infosys Prize 2018 for Life Sciences has been awarded to Roop Mallik, Associate Professor, Department of Biological Sciences, Tata Institute of Fundamental Research (TIFR), Mumbai for his pioneering work on molecular motor proteins, which are crucial for the functioning of living cells.

Mallik has identified and measured forces needed to transport large particles inside cells, and demonstrated their role in fundamental processes such as targeting pathogens for their destruction and moving lipid droplets for fatty acid regulation in the liver.

He completed his post graduate work in Physics at Allahabad University. Mallik later joined the TIFR for doctoral research in Condensed Matter Physics. He moved to problems in experimental biology after completing a PhD in Physics. Mallik received the Shanti Swarup Bhatnagar Award in Biology in 2014.