Mande has been the director of Pune-based National Centre for Cell Science (NCCS) since September 2011. 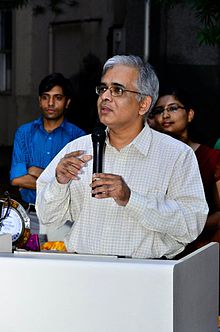 Mande is a structural biologist with a doctoral degree from the Indian Institute of Science, Bengaluru, and has been the director of Pune-based National Centre for Cell Science (NCCS) since September 2011.

At NCCS, which performs cutting-edge research in cell biology, Mande oversaw the launch of the Indian Human Microbiome Initiative in the Northeast in June last year.

Mande has a B.Sc. and M.Sc. from Nagpur University in physics, and was the recipient of the B.M. Birla Young Scientist Award in 1999.