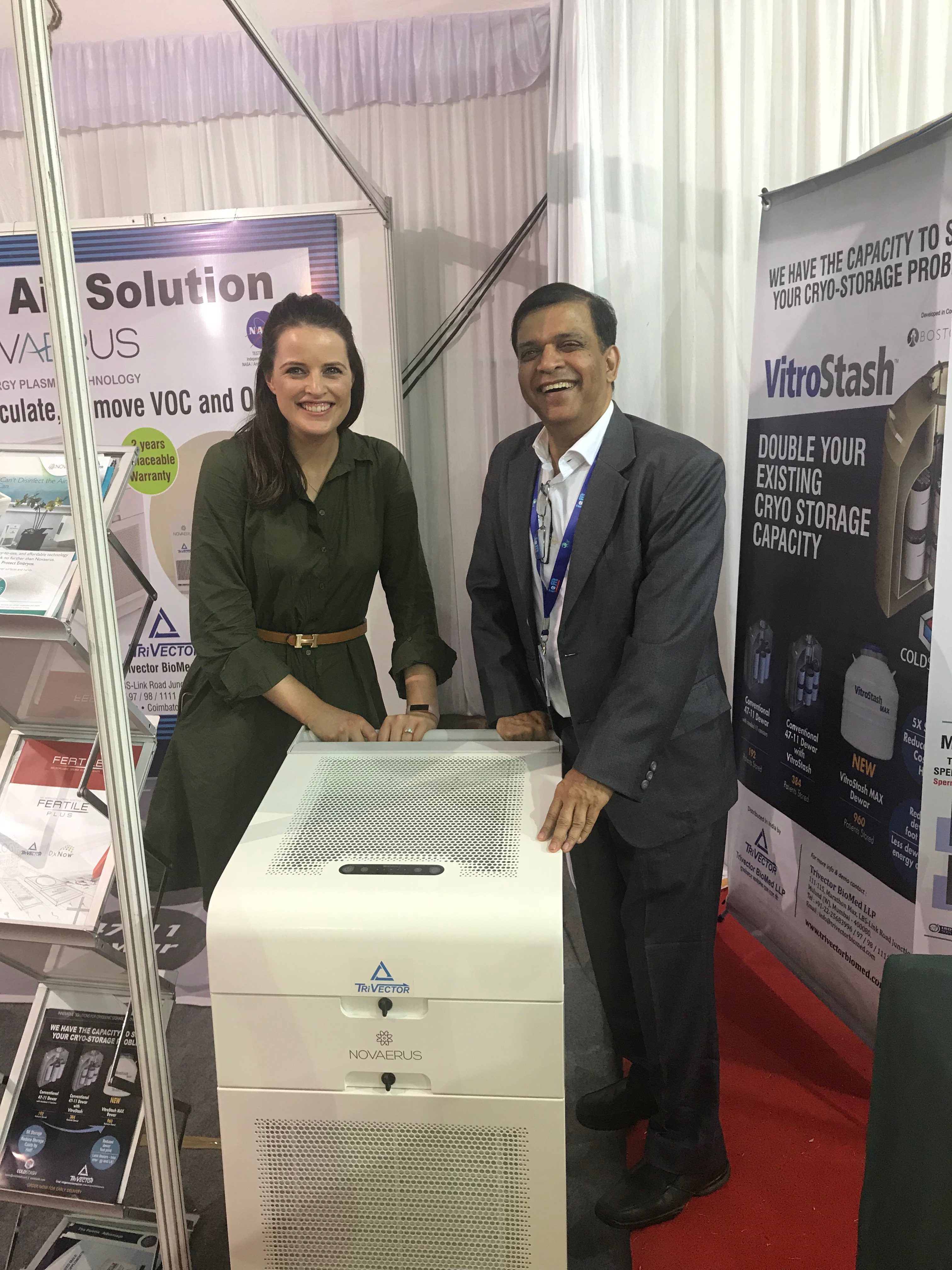 The latest and strongest of all models - Defend 1050 is a portable, easy to use device ideal for rapid disinfection and purification of the air in large spaces and high-risk situations such as operating-theatres, ICUs, IVF labs, emergency and waiting rooms, and construction zones. The Defend 1050 uses patented Dielectric-barrier discharge (DBD) ultra-low energy plasma technology – a highly effective method of rapid pathogen destruction and a specifically designed multi-stage pre-filters, HEFA filters and Carbon Filter systems to reduce infection, absorb odours, neutralize volatile organic compounds (VOCs), and trap particulate as small as 0.3µm, making it the best for offering both ‘Trap’ and ‘Kill’ technologies of air-purification.

Defend 1050 was launched and displayed for the first time and received an attendance of approximately 600 participants who were from the IVF community to understand the only complete solution for their IVF lab air quality.

As a part of the launch of Defend 1050, Una Ni Raghallaigh, Business Development Director, EMEAA region for Novaerus Inc visited Mumbai and was accompanied by Novaerus' Indian partner and Representative Mr Dilip Patil, Managing Partner of Trivector Biomed LLP. They introduced the technology and discussed the trialing and implementation strategies for Defend 1050 for controlling airborne infections with some of the notable Indian healthcare establishments such as infection control heads of Sion Hospital (Bombay Municipal Corporation), Thane Municipal Hospital, Lilavati Hospital and Nanavati hospital.

While launching Defend 1050 at ISAR conference, Una Ni Raghallaigh, Business Development Director, EMEAA region for Novaerus Inc said, “With time, we have seen a high contamination rate in the air, which is resulting to an alarming increase in airborne diseases and causing adverse results to human health. The plasma technology brought by Novaerus has been studied by NASA that has shown how the technology is an answer to this crisis.”

To add to her point, Dilip Patil, Managing Director, Trivector Biomed LLP said, “Airborne infections are usually neglected and hence we intend to spread awareness about the adverse effects, it can cause. Novaerus and its plasma technology is a boon not just for IVF labs but for any other critical healthcare divisions as it is the most effective solution with a potential to save lives. We hope to help the public healthcare sectors with this, innovation and through this we would like to contribute to PM Modi's vision of Swachh Bharat Abhiyan.”