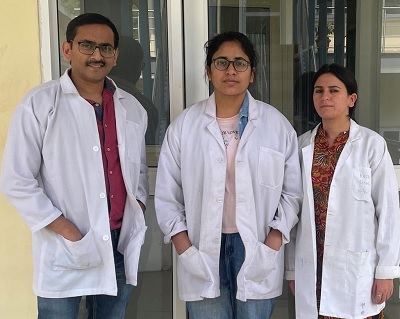 Researchers at the Indian Institute of Technology (IIT) Mandi have identified a drug molecule that can be used to treat diabetes. The molecule PK2 can trigger the release of insulin by the pancreas and can potentially be used as an orally administered medicine for diabetes.

The multi-institutional team first used computer simulation methods to screen various small molecules that can bind with GLP1R. While PK2, PK3, and PK4 had good binding abilities with GLP1R, they subsequently chose PK2 because of its better solubility in solvents. The researchers then synthesised PK2 in the lab for further testing.

In order to test the biological effects of PK2, the researchers administered it orally to experimental mice developing diabetes and measured glucose levels and insulin secretion. There was a six-fold increase in serum insulin levels in PK2-treated mice over the control group.  These findings provide hope for inexpensive oral drugs for diabetic patients.