The study is published in the prestigious ‘Plastic and Reconstructive Surgery Journal’ of the American Society of Plastic Surgeons. 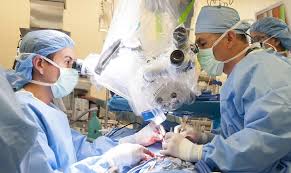 The study was conducted amongst 100 patients, with face and neck scar sizes varying between 1-7 inches wide, over a six month period in the age group of 19-47 years, where it was observed that 76% patients showed considerable improvement (meaning scar appeared to have blended with the surrounding skin). The scars showed more than 80% improvement, after 6 months of treatment.

Dr Debraj Shome, Director, The Esthetic Clinics, said, “The study assumes importance considering that there have been very few techniques invented to improve complex wound healing and scar treatment, especially amongst colored people, of Asian Indian,  African & Hispanic origin in the last three decades. There is no study till date that has used Botox in this radical manner that we have utilized for scar healing. There are studies in which has Botox has been used for keloids, but never for normal scar healing and prevention of widened scars and for improvement of scars. This is the first time in the world this has been done. This research will mean scars and wounds all over the body can now look better in those individuals, in whom the presence of melanin (dark skin pigment) impacts wound healing.”

The treatment regimen comprises of a combination of botox injections injected two weeks prior around the scar, followed by scar revision surgery, topical application of a cream containing Centenella Asiatica (a herb native to Indian subcontinent) for at least 6 months post- surgery and multiple sittings of carbon dioxide laser skin resurfacing.

Facial scars occur following wounds, previous surgeries, or are caused by injuries such as burns or acid attacks or facial trauma. Widened facial scars remain a stigma and both patients and the surgeon end up disappointed. Facial scars heal poorly because of continuous movement of the facial muscles, which impacts the wound healing and scar maturation process, leading to wider and more depressed scars.

The fundamental concept behind the technique is to eliminate the tension caused by local muscles on the wounds by temporary paralyzing the facial muscles via botox which assists in the long term wound healing process.

However, our experience has shown that with appropriate power parameters, this laser is the gold standard of treatment of facial scars even in our population. This scar treatment protocol will revolutionize scars and their treatment in Indians and other populations with pigmented skin."

At present scar treatment is conducted by various approaches such as corticosteroids injections, irradiation, ultrasound, silicone applications and surgery. However, none of them prevent the underlying pathologic process or help in minimising scars.

Botox treatment was earlier confined to treatment of certain eye disorders, muscle stiffness/spasms or movement disorders and wrinkles. In the last decade, there has been renewed interest emerging among researchers to investigate botox’s wound healing properties in animals.

The new protocol, if accepted widely, could revolutionize the way scars are treated by facial plastic surgeons around the world.

Dr Debraj Shome is one of India’s finest facial plastic surgeons, who is credited for his research in cancer & for the invention of a revolutionary hair regrowth composition called the QR 678 Growth Factor Injections, which is completely ‘Made in India’ and has the potential to change the way problems of the hair are treated world over. Dr Shome and his team are working on multiple projects including treatment of acne scars and generation of artificial skin, which could change the way burns are treated. Dr. Shome was awarded as the “Indian of the Year-2017” at the Indian Leadership Conclave.