$912 million was pledged to the Global Fund to fight AIDS, tuberculosis and malaria 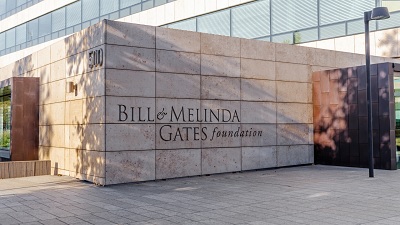 During United Nations General Assembly week, the Bill & Melinda Gates Foundation—alongside governments, philanthropies, the private sector, NGOs, and global and community leaders— has announced commitments totalling $1.27 billion to improve and save millions of lives. $912 million was pledged to the Global Fund to fight AIDS, tuberculosis and malaria.

The funding will help accelerate efforts to end HIV, TB, and malaria by 2030 and build resilient health systems needed to protect against future pandemics. It also will be instrumental in reducing the disproportionate impact of these diseases on women and girls.

The funding will address overlapping global crises that have reversed the progress already made toward achieving the UN Sustainable Development Goals (Global Goals). The foundation's sixth annual Goalkeepers Report notes that nearly every indicator of the Global Goals is off track at the halfway point for achieving them by 2030.

At the Global Fund Replenishment Conference, governments and the private sector joined together to pledge a record-high level of commitment that will advance the goal of achieving good health and well-being for all. The funding will go toward the Global Fund's goal of saving 20 million more lives from HIV, TB, and malaria; building more resilient health systems to prevent future pandemics, and putting the world back on track to end these diseases by 2030. Today's pledge includes the foundation's largest commitment yet to the Global Fund of $912 million.