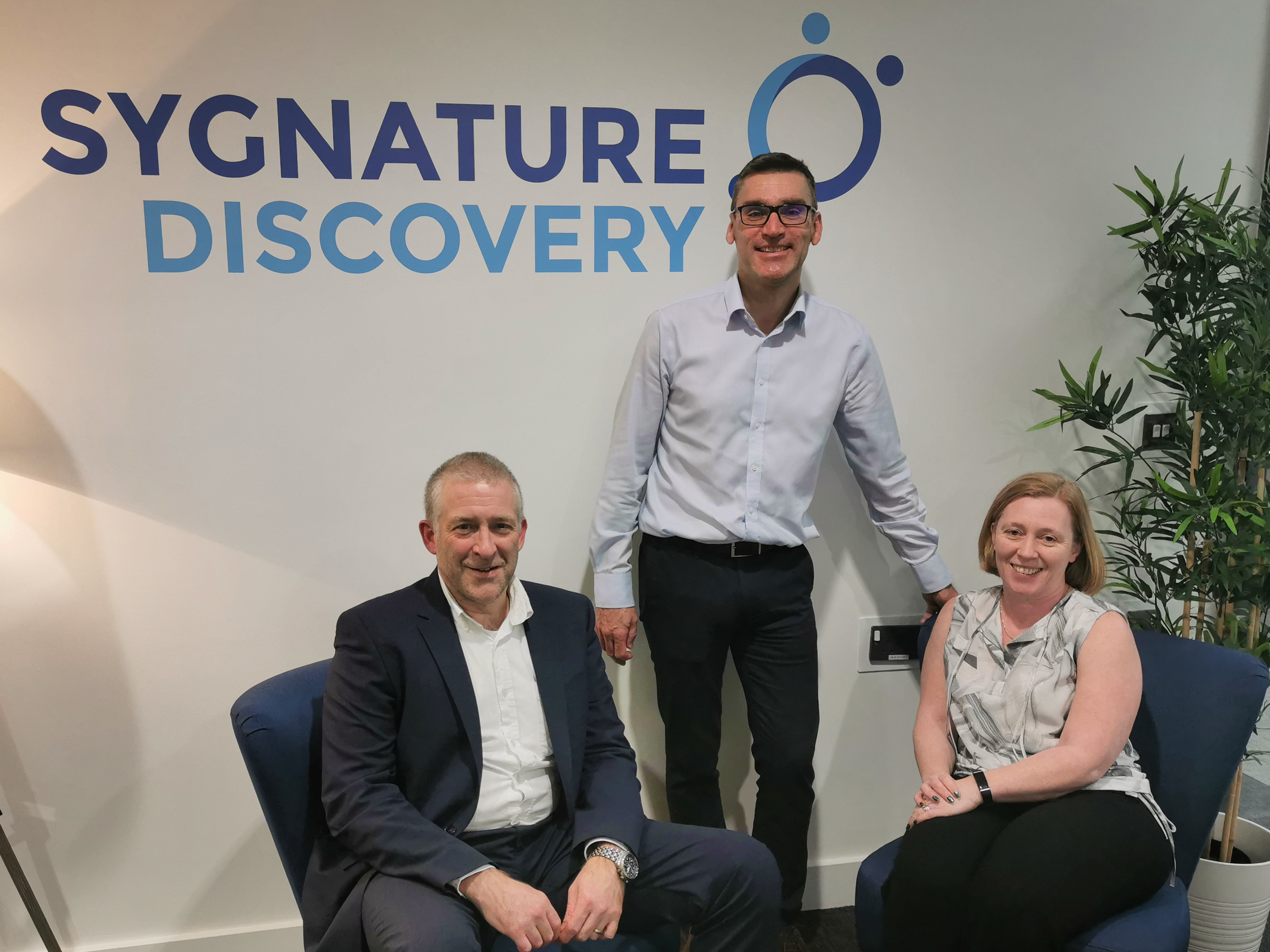 UK based company Sygnature Discovery has further strengthened its DMPK (drug metabolism and pharmacokinetics) capabilities, with the addition of new senior scientists to the management team.
Clive Dilworth has been recruited as Director of DMPK. He replaces Tim Schulz-Utermoehl, who had been heading up the DMPK team on a part-time basis alongside his work with several biotech start-ups, on which he is now going to focus on full time.

Dilworth joins from a management role at the Alderley Park life science campus, where he provided strategic and scientific guidance for start-ups and CROs at the site. Prior to this, he spent 20 years working in DMPK roles at various CROs, most recently Cyprotex and Evotec. He has a PhD in toxicology from the London School of Pharmacy.

Another recent recruit to the DMPK team is Robert Kime, who joined Sygnature as Associate Director of DMPK in November, and reports to Dilworth. He was recruited from the mid-sized pharma company Grünenthal, where he was Associate Scientific Director. Before that, he had roles at CROs including Quintiles.

Kime brings important client-side experience to the team. ‘Having run drug discovery projects within a pharma company using an integrated approach, I understand what a client needs from a CRO,’ Kime says. ‘My experience on both sides of the fence gives me an insight into client thinking, and what they need from us to be reassured we can do the job for them.’

In addition to Dilworth and Kime, Sally Lee has joined Sygnature Discovery as a Principal Scientist bringing over 20 years of DMPK experience in both assay and Project Management roles. In her previous position at AMR (AntiMicrobial Resistance) Centre, she coordinated DMPK requests for novel antimicrobials targeting the threat of antibiotic resistance.

Sygnature’s DMPK team now numbers 37, with a group of 24 in the Nottingham labs and a further 13 in Alderley Park. Further expansion is planned this year in order to meet the growing global demand for Sygnature’s DMPK capabilities.

‘As well as adding new skills and techniques to our DMPK portfolio, we are strengthening the expertise we already have,’ Dilworth says. ‘Our presence in both Nottingham and Alderley Park gives our clients access to a large pool of talented scientists and capabilities. We aim to expand the DMPK groups in both sites to provide our clients with a harmonised and efficient service.’