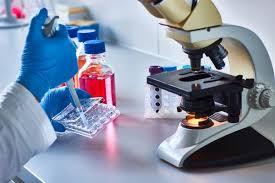 Bayer and Dewpoint Therapeutics, a biotechnology company with sites in Boston and Dresden, Germany, have announced an option, research and license agreement worth up to USD 100 million. The partnership will leverage Dewpoint’s proprietary platform for biomolecular condensates and Bayer’s small molecule compound library to develop new treatments for cardiovascular (CV) and gynecological diseases.

Today, around 80 percent of the human proteome is still considered to be beyond the reach of small molecules, which make up more than 80 percent of all marketed therapeutic drugs. The emerging paradigm of biomolecular condensates is expanding the traditional drug target space for small molecules by unveiling new targets and new approaches to previously intractable targets.

Many proteins act as part of complexes in biomolecular condensates, droplet-like membraneless organelles that form dynamically to carry out a wide variety of functions in cells. Though condensates were first observed more than 100 years ago, they have historically been understudied because they are difficult to analyze with traditional drug discovery methods such as protein crystallography and biochemical activity assays. Now, a new wave of research into condensates could provide new insights into cellular function and disease.

Under the terms of the agreement, Bayer will gain the option to exclusively license a specified number of novel therapeutics derived from the research activities. Bayer will contribute with its small molecule compound library and R&D capabilities including high throughput screening and medicinal chemistry. As part of this partnership, Bayer and Dewpoint will broaden Dewpoint's presence in Germany, and foster local capabilities to translate the emerging science into new medicines.

The collaboration follows Bayer's participation in Dewpoint's January 2019 Series A financing round through the Leaps by Bayer unit. The Pharmaceuticals Business Development & Licensing team of Bayer facilitated this collaboration.