Treatment approved for approximately 90% of patients with cystic fibrosis, many of whom had no approved therapeutic options 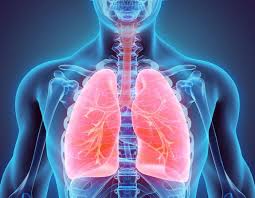 "At the FDA, we're consistently looking for ways to help speed the development of new therapies for complex diseases, while maintaining our high standards of review. Today's landmark approval is a testament to these efforts, making a novel treatment available to most cystic fibrosis patients, including adolescents, who previously had no options and giving others in the cystic fibrosis community access to an additional effective therapy," said acting FDA Commissioner Ned Sharpless, M.D.

"In the past few years, we have seen remarkable breakthroughs in therapies to treat cystic fibrosis and improve patients' quality of life, yet many subgroups of cystic fibrosis patients did not have approved treatment options. That's why we used all available programs, including Priority Review, Fast Track, Breakthrough Therapy, and orphan drug designation, to help advance today's approval in the most efficient manner possible, while also adhering to our high standards. The FDA remains committed to advancing novel treatment options for areas of unmet patient need, particularly for diseases affecting children."

Cystic fibrosis, a rare, progressive, life-threatening disease, results in the formation of thick mucus that builds up in the lungs, digestive tract, and other parts of the body. It leads to severe respiratory and digestive problems as well as other complications such as infections and diabetes. Cystic fibrosis is caused by a defective protein that results from mutations in the CFTR gene. While there are approximately 2,000 known mutations of the CFTR gene, the most common mutation is the F508del mutation.

Trikafta is a combination of three drugs that target the defective CFTR protein. It helps the protein made by the CFTR gene mutation function more effectively. Currently available therapies that target the defective protein are treatment options for some patients with cystic fibrosis, but many patients have mutations that are ineligible for treatment. Trikafta is the first approved treatment that is effective for cystic fibrosis patients 12 years and older with at least one F508del mutation, which affects 90% of the population with cystic fibrosis or roughly 27,000 people in the United States.

The FDA granted this application Priority Review, in addition to Fast Track and Breakthrough Therapy Designation. Trikafta also received orphan drug designation, which provides incentives to assist and encourage the development of drugs for rare diseases. Drugs approved under expedited programs are held to the same approval standards as other FDA approvals. Because of Trikafta's benefit to the cystic fibrosis community, the FDA reviewed and approved Trikafta in approximately three months, ahead of the March 19, 2020 review goal date. The approval of Trikafta was granted to Vertex Pharmaceuticals Incorporated, which will receive a Rare Pediatric Disease Priority Review Voucher for developing this therapy.