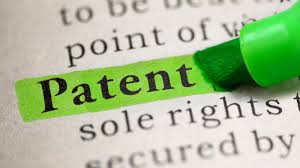 Amgen has announced that the U.S. District Court for the District of New Jersey has ruled in Amgen's favor on validity of the two patents that describe and claim Enbrel® (etanercept) and methods for making it.

Amgen affiliates Immunex Corporation and Amgen Manufacturing, Limited, along with the owner and licensor of the two patents, Hoffmann-La Roche Inc., brought the patent infringement action in Federal Court against Sandoz Inc., Sandoz International GmbH and Sandoz GmbH (together, Sandoz). Before trial, Sandoz acknowledged that its biosimilar etanercept infringes seven patent claims in U.S. Patent Nos. 8,063,182 and 8,163,522. Trial proceeded only on Sandoz's challenges to validity of those claims. After careful consideration, the Court found that Sandoz had not met its burden to prove all seven asserted claims invalid.

Immunex/Amgen and Sandoz have entered into an agreement with respect to a preliminary injunction regarding Sandoz's etanercept as set out in the Court's order of June 7, 2018.

"We are pleased with today's decision recognizing the validity of these patents.  Protecting intellectual property is critical to incentivize innovation and the large investments in research and development that are required to bring new medicines to patients and fully develop their therapeutic potential for patients," said Robert A. Bradway, chairman and chief executive officer at Amgen.