The European Commission’s approval of TALZENNA, which was acquired as part of Pfizer’s acquisition of Medivation, is based on results from the EMBRACA trial - the largest Phase 3 study of a PARP inhibitor in gBRCA-mutated, HER2- LA or MBC. 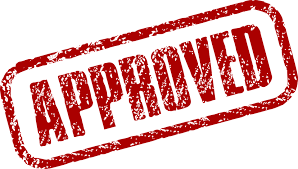 Pfizer has announced that the European Commission approved TALZENNA  (talazoparib), an oral poly (ADP-ribose) polymerase (PARP) inhibitor, as monotherapy for the treatment of adult patients with germline breast cancer susceptibility gene (gBRCA)1/2-mutations, who have human epidermal growth factor receptor 2-negative (HER2-) locally advanced (LA) or metastatic breast cancer (MBC). Patients should have been previously treated with an anthracycline and/or a taxane in the (neo)adjuvant, locally advanced or metastatic setting unless patients were not suitable for these treatments. Patients with hormone receptor-positive (HR+) breast cancer should have been treated with a prior endocrine-based therapy, or be considered unsuitable for endocrine-based therapy. This approval follows the medicine’s approval by the U.S. Food and Drug Administration (FDA) in October 2018.

“Today’s approval of TALZENNA for certain patients with advanced-stage breast cancer and an inherited BRCA mutation is the latest example of our successful precision medicine approach to drug development,” said Andreas Penk, M.D., Regional President, Oncology International Developed Markets at Pfizer. “This important milestone builds on Pfizer’s decades-long legacy of developing therapies that improve outcomes for patients with breast cancer. We are thrilled that we can now offer these patients in Europe, who are often diagnosed at a younger age and have limited treatment options, an effective, once-daily, alternative treatment to chemotherapy.”

The European Commission’s approval of TALZENNA, which was acquired as part of Pfizer’s acquisition of Medivation, is based on results from the EMBRACA trial - the largest Phase 3 study of a PARP inhibitor in gBRCA-mutated, HER2- LA or MBC. The global trial evaluated once-daily TALZENNA compared to physician’s choice standard chemotherapy (capecitabine, eribulin, gemcitabine or vinorelbine) in patients with an inherited BRCA1/2 mutation in triple-negative or HR+/HER2- LA or MBC who may have received up to three prior cytotoxic chemotherapy regimens for their advanced disease. The primary endpoint was progression-free survival (PFS), as assessed by blinded independent central review (BICR).1,2

“In the EMBRACA trial, TALZENNA reduced the risk of disease progression by 46 percent and more than doubled the overall response rate compared to chemotherapy,” said Johannes Ettl, M.D., Department of Obstetrics and Gynecology, Klinikum rechts der Isar, Technical University of Munich in Germany and an investigator in the EMBRACA trial. “This improvement in outcomes for patients treated with TALZENNA reinforces the increasingly key role of genetic testing in treatment decision-making for patients with locally advanced or metastatic breast cancer.”

In the EMBRACA trial, TALZENNA significantly outperformed chemotherapy, extending median PFS to 8.6 months compared to 5.6 months for those treated with standard chemotherapy [95% CI: 7.2-9.3 vs. 4.2-6.7, respectively]. The superior PFS benefit with TALZENNA was observed across prespecified patient populations, including patients with triple-negative breast cancer, HR+/HER2- disease, with or without a history of CNS metastasis, and those who received prior cytotoxic chemotherapy regimens. Secondary endpoints from the EMBRACA trial included objective response rate (ORR), overall survival (OS) and safety. TALZENNA demonstrated an ORR of 62.6% (95% CI: 55.8-69.0), more than double that in the standard chemotherapy arm (27.2%) (95% CI: 19.3-36.3). OS is an event-driven endpoint and the data are not yet mature.1