The safety profile of oral semaglutide was consistent with that of the GLP-1 receptor agonist class and similar to those seen with subcutaneous semaglutide. 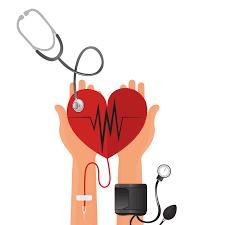 Novo Nordisk announced that the PIONEER 6 trial achieved its primary endpoint by demonstrating non-inferiority of major adverse cardiovascular events (MACE) with oral semaglutide compared with placebo, both in addition to standard of care. The primary endpoint was defined as the MACE composite outcome of the first occurrence of cardiovascular death, non-fatal myocardial infarction or non-fatal stroke and non-inferiority for cardiovascular safety of oral semaglutide versus placebo was confirmed with a hazard ratio (HR) of 0.79 (p<0.001) in favour of oral semaglutide compared with placebo. The results are based on an accumulation of 137 first major adverse cardiovascular events and a median follow-up time of 16 months.

The main results from PIONEER 6 were presented today at the American Diabetes Association (ADA) 79th Scientific Sessions and simultaneously published in The New England Journal of Medicine (NEJM). Oral semaglutide is an investigational glucagon-like peptide-1 (GLP-1) analogue in a pill.

"Cardiovascular disease is the most common cause of disability and death in people with type 2 diabetes," said Dr Mansoor Husain, PIONEER 6 investigator and lead author for the NEJM publication of PIONEER 6 and director of the Ted Rogers Centre for Heart Research and Toronto General Hospital Research Institute, Canada. "The PIONEER 6 trial demonstrates that oral semaglutide does not increase the risk of major adverse cardiovascular events while providing further evidence for the overall cardiovascular profile of semaglutide."

The safety profile of oral semaglutide was consistent with that of the GLP-1 receptor agonist class and similar to those seen with subcutaneous semaglutide.

"The results of PIONEER 6 further strengthen the overall clinical evidence for oral semaglutide, building upon the strong clinical data reported throughout the PIONEER clinical trial programme," said Mads Krogsgaard Thomsen, executive vice president and chief science officer of Novo Nordisk. "We are excited about the potential of oral semaglutide to become the first and only oral GLP-1 treatment for people with type 2 diabetes."