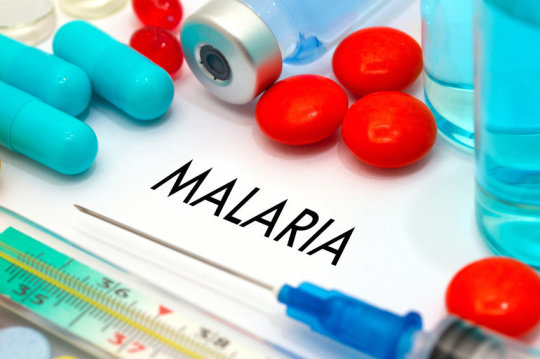 Tableau, Mapbox, Exasol, and Alteryx has announced a collective $4.3 million technology contribution over the next three years to help governments eliminate malaria for an estimated 60 million at-risk people in sub-Saharan Africa. This new grant to PATH, a global organization dedicated to accelerating health equity, expands on the early success of its Visualize No Malaria initiative and was announced at the World Malaria Day 2019 event hosted by the RBM Partnership to End Malaria in partnership with the City of Paris and the French government at the Hotel de Ville in Paris.

With the grant, PATH will support national governments and regional organizations in up to six sub-Saharan countries in the use of real-time data and analytics to bolster decision-making around elimination efforts. These data-informed insights allow officials to determine where and how to deploy resources to respond most effectively in fighting disease. The investment will also provide training to hundreds of frontline health workers and officials on how to use the power of timely and accurate data to tackle malaria and other diseases.

"Successful malaria elimination programs require accurate data that moves faster than the disease itself—to help shorten the distance and time it takes to find and treat cases, and even to predict risk and direct resources before cases occur," said Steve Davis, President and CEO of PATH. "We're excited to continue working with our technology partners to expand the support and tools governments need to get the upper hand in controlling and eventually eliminating a disease that still kills more than 400,000 people every year."

Originally launched in 2015 as a collaboration between PATH, Tableau Foundation, and the Zambian Ministry of Health, the Visualize No Malaria digital technologies make real-time, actionable data about malaria available to everyone from national and district-level health officials to thousands of frontline health workers.

Through the combination of improved use of data with other malaria control efforts, the Zambian government has reduced reported malaria cases by 85 percent and malaria-related deaths by 92 percent across a population of 1.8 million people in the country's Southern Province. Reducing the amount of time to see and understand health data from months to hours, health officials can now make faster decisions about the best ways to deploy a mix of interventions, including drug delivery, indoor residual spraying, bed net distribution, and other proven techniques to most effectively respond to existing cases and prevent new ones. In low-burden areas, this approach has proven to be a cost-effective way for governments to control malaria, and in high-burden areas, it could be an important differentiator in creating and sustaining steep drops in disease incidence.

The Visualize No Malaria tools and approach are currently being replicated in Senegal, which has seen a similar 60 percent drop in reported malaria cases across a northern Senegal population of 1.8 million in just two years, and the initiative is set to expand in Senegal and neighboring countries under this new commitment by partners.

"Senegal's National Malaria Control Program sees new tools to make data faster and easier to use and act upon as critical to helping us win the fight against malaria," said Dr. Doudou Séne, Director of Senegal's National Malaria Control Program. "With this new commitment, we can increase the number of districts where we use the Visualize No Malaria stack and make informed, real-time decisions across the nation, as well as support our cross-border collaboration with The Gambia."

In 2017, an estimated 219 million cases of malaria occurred globally, which resulted in an estimated 435,000 deaths, the vast majority in sub-Saharan Africa where the Visualize No Malaria effort is concentrated. Sixty-one percent of these deaths occurred in children under the age of five.

With this renewed commitment, PATH will work to mobilize an additional $2.5 million in funding through its country and agency partners—and together, the Visualize No Malaria initiative will:

Scale nationally across Zambia to serve the country's total population of 17 million people by equipping four remaining provinces.
Build on work and relationships in Senegal and The Gambia to expand the tools and training across West Africa.
Expand to three additional countries in the Elimination 8 initiative in southern Africa, allowing those countries to collaborate on an interoperable regional disease surveillance system.
For Tableau Foundation, this is the second major grant and first in the global health space following the $100 million pledge announced by Tableau CEO Adam Selipsky at the 2018 Tableau Conference. It also honors the commitment made in March 2018 at the Commonwealth Heads of Government meeting to expand the Visualize No Malaria initiative in sub-Saharan Africa.

"Data and analytics are only as valuable as the ability of a decision-maker to use them. Since the outset of the Visualize No Malaria initiative, we've seen countries and communities develop incredibly effective resources for fighting malaria and other complex health issues," said Neal Myrick, Global Head of Tableau Foundation. "We're proud to work alongside so many of our technology partners to help a generation of leaders make a meaningful difference in the lives of millions of men, women, and children."

As part of its Alteryx for Good program, Alteryx is contributing the data science and analytics engine as well as on-site training in Africa. This will allow spatial analytics, custom macros, data validation and cleansing, and repeatable workflows to accurately target and eliminate malaria across borders. The Alteryx Platform workflows designed for Visualize No Malaria run in 0.6 seconds, analyzing tens of millions of records and producing multiple outputs to address different analytical questions.

"The Alteryx for Good program was designed to empower nonprofit organizations in delivering game-changing social outcomes with data science and analytics," said Tori Adamo, Senior Manager, Alteryx for Good at Alteryx. "The Visualize No Malaria initiative is a prime example of our commitment to influencing social change with the Alteryx Platform and the impact technology can have in solving some of the world's biggest challenges. We are proud to support PATH and partner with fellow technology leaders to help eliminate malaria across the globe."

Exasol's in-memory analytics database compresses massive amounts of data and serves them up fast in low-resource, lower-bandwidth settings. "We strongly support Visualize No Malaria's approach of using data as the foundation for decision-making as part of their initiative to wipe out malaria," said Eva Murray, Head of Business Intelligence at Exasol. "We are proud to be part of this partnership and look forward to our continuous involvement in improving the lives of people in sub-Saharan Africa with our tools, expertise, and our passion for doing the right things."

Mapbox powers the mapping tools and geospatial data that can be combined with other datasets to create interactive maps within the Visualize No Malaria dashboards. Mapbox is providing remote and on-site technical support and training, as well as testing new offline mapping tools. "Our company's roots began with global development projects in Afghanistan, Congo, Haiti, and the United States, so the mission of Visualize No Malaria is very close to our hearts," said Mapbox CEO Eric Gundersen. "We built these tools to help people understand context in data so they can solve problems. It's incredible to see people use these platforms to literally save lives."