This promising data has led to planning of a phase 1/2 study using apceth-201 for the treatment of steroid-refractory aGvHD in adults. 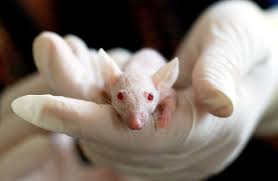 apceth Biopharma GmbH, a company with the mission of improving patients’ lives with next generation cell therapies has announced positive results for apceth-201 in mouse models for acute graft-versus-host disease (aGvHD). The data was highlighted in a poster presentation at the Annual Congress of the European Society of Gene and Cell Therapy in Lausanne on October 16-19.

“We are very excited with these results that clearly show the transformative therapeutic potential of apceth-201 in an immune-mediated disease with high unmet medical need and few treatment options”, said Dr Christine Guenther, CEO of apceth Biopharma. “Based on these promising and impressive data, we are currently preparing to initiate a phase 1/2 clinical study assessing the safety and efficacy of apceth-201 in adult steroid-refractory GvHD patients.” Acute graft-versus-host disease is a frequent complication associated with allogeneic hematopoietic stem cell transplantation (HSCT). Immunosuppressants are used to manage aGvHD; however, steroid-refractory aGvHD develops in many cases and has an extremely poor prognosis.

apceth-201 are allogeneic human mesenchymal stromal cells (MSCs) that have been genetically modified to express alpha-1 antitrypsin (AAT), a protease inhibitor exerting potent anti-inflammatory and tissue-protective functions to further augment the immunomodulatory potential of MSCs. In vitro assays demonstrated that apceth-201 efficiently suppresses T-cell proliferation, the maturation of dendritic cells, and also polarizes macrophages to an anti-inflammatory M2 type. The in vivo efficacy of apceth-201 was assessed in two different mouse models for aGvHD. In a humanized model vehicle-treated control animals succumbed quickly to GvHD, whereas median survival was doubled in apceth-201-treated animals.

Mice receiving apceth-201 showed significantly improved clinical scores, a striking amelioration of bone marrow cellularity, and reduced levels of inflammatory markers. apceth-201 was further tested in a GvHD model system which closely mimics haploidentical HSCT. Vehicle-treated control animals again succumbed quickly to GvHD, whereas treatment with apceth-201 resulted in long-term survival of 57 % of the mice. Initially, all apceth-201-treated animals exhibited clinical scores comparable to the control animals. However, within a period of 25 days after the second cell injection, the clinical scores had returned to baseline, indicating complete resolution of GvHD. This promising data has led to planning of a phase 1/2 study using apceth-201 for the treatment of steroid-refractory aGvHD in adults.