Mito Plus was launched during the Bengaluru Tech Summit, which is being held between 16th and 18th November 2022. 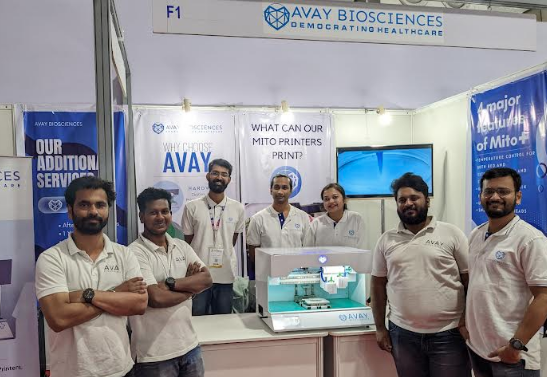 Bengaluru-based startup Avay Biosciences has launched ‘Mito Plus,’ an indigenous state-of-the-art 3D bio printer that can print human tissues. The first prototype of Mito Plus was installed at Indian Institute of Science (IISC).

Mito Plus is the advanced version of the bio printer developed with inputs on the prototype from the research lab of Dr Bikramjit Basu at IISc, and developed by Avay which was co-founded by an IIT Madras Alumnus.

Elaborating on the key applications of ‘Mito Plus,’ Manish Amin, Chief Executive Officer, Avay Biosciences, said, “A wide range of biomaterials can be printed in MITO plus. This printer will also have UV curing options inbuilt. The printer has HEPA filter and the major feature is the temperature control where the printhead and the printbed can be cooled up to 4 degree celsius as well as heated up to 80 degrees celsius. MITO plus can be used for pharmaceutical drug discovery and drug testing application, It can also be used in the cancer biology and cosmetology applications.”

Avay Biosciences has developed the bio printers in-house with around 70% of manufacturing undertaken in Chennai and Bengaluru. They have a dedicated software team focused on constantly adding new features and building better software.

Further, speaking about the research that would benefit from ‘Mito Plus’ launch, Suhridh Sundaram, Chief Operating Officer, Avay Biosciences, said, “In collaboration with ICT Mumbai, we are working on having our printers develop skin - the most common type of layered tissue that could help victims of severe burns. These tissues can also be used for toxicology screens and various other testing mechanisms."