The results have been published in a research paper on Cornell University's online distribution system for research, arXiv.org. 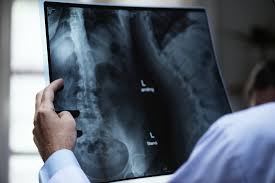 Qure.ai,an AI-driven healthcare startup has released the results of its unprecedented clinical validation study confirming its qXR algorithms' accuracy which is akin to diagnostic imaging performance on 1.2 million x-rays.

Chest x-rays are the most commonly performed, cost-effective diagnostic imaging tests ordered by physicians. A clinically-validated, automated AI that can reliably separate normal from abnormal chest x-rays would be invaluable in addressing the problem of reporting backlogs and the lack of radiologists in low-resource settings. The aim of Qure.ai's latest study was to validate and tune its deep learning system to detect chest x-ray abnormalities.

"The chest x-ray is a valuable health screening tool and a vital component of public health programs worldwide. The enormous volume produced each year creates an ever-increasing demand for radiologists," said Dr Shalini Govil, Quality Controller and Senior Advisor of the Columbia Asia Radiology Group. "Unfortunately, numerous chest x-rays displaying significant pathology are left neglected in piles of backlogs due to a lack of available radiologists to report them. Through semi-automation of the reporting process, AI can significantly reduce a radiologist's workload, improve report accuracy, reduce turnaround time and save lives."

For the study, Qure.ai's deep learning chest x-ray algorithms were trained on 1.2 million x-rays and their corresponding radiology reports to identify abnormal x-rays and other abnormalities such as blunted costophrenic angle, calcification, cardiomegaly, cavity, consolidation, fibrosis, hilar enlargement, opacity and pleural effusion. The system was tested against a 3-radiologist panel and set of 2,000 independent, de-identified and anonymized x-rays.

"We used a triple blinded validation protocol to test the system on a set of 2,000 de-identified chest x-rays from the Columbia Asia Hospital archives. The study measured the performance of the algorithm against three independent opinions of practicing radiologists," said Dr. Sundeep Reddivari, General Manager- Telemedicine, Columbia Asia Hospitals Pvt. Ltd. "The study found that a deep learning algorithm trained on a large quantity of labelled x-rays can independently, and most importantly, accurately detect abnormalities on chest x-rays."

The results have been published in a research paper on Cornell University's online distribution system for research, arXiv.org. The paper is titled 'Can Artificial Intelligence Reliably Report Chest X-Rays?: Radiologist Validation of an Algorithm trained on 1.2 Million X-Rays'.

"This study is a series of exciting firsts," said Prashant Warier, CEO & Co-founder Qure.ai. "This is the largest training dataset ever for a chest x-ray AI. It's also the largest validation study to date, measured against 2,000 x-rays - each read by three radiologists. And, finally, it's also the first paper to detect an 'abnormal' x-ray, consequently our qXR algorithm is trained to differentiate between normal and abnormal x-rays."

Qure.ai's qXR detects 15 chest x-ray abnormalities at near-radiologist levels, with more than 90% accuracy. It also screens for tuberculosis and is used in public health screening programs around the world. qXR was trained with over one million curated X-rays and radiology reports, making it the most comprehensive and accurate chest X-ray detection algorithm available today.

"This is an exciting time for deep learning technologies in medicine," said Warier. "As these systems increase in accuracy, so will the viability of using deep learning to extend the reach of chest x-ray interpretation, improve reporting efficiency and save lives."

Founded in 2016, Qure.ai is incubated by Fractal Analytics, a global leader in artificial intelligence and analytics that powers decision-making in Fortune 500 companies.