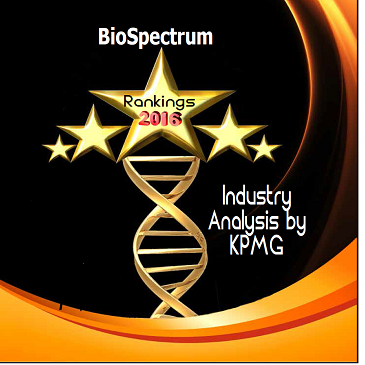 At Rs 35.70 billion, Biocon's overall revenue grew by 14 percent, while Net Profit at Rs 8.96 billion reported an 80 percent jump in FY16. Excluding certain exceptional items, the company's profit after tax for the year was Rs 4.37 billion. The EBITDA margin was steady at 25 percent despite a 63 percent increase in R&D expenses to Rs 2.75 billion.

Biocon has among the largest and most diversified portfolios of biosimilars, spanning monoclonal antibodies, generic insulin and insulin analogs and other recombinant proteins.
The most significant milestone in FY16 was the approval of Insulin Glargine in Japan. This is Biocon's first biosimilar approval in a developed country and the first biosimilar developed by any company in India to be approved in Japan.
Biocon's biosciences business grew on the back of increasing global demand for affordable biosimilar insulins, analogs and monoclonal antibodies. The company augmented capacity in FY16 through the inauguration of a top-of-the-line insulin device facility in Bengaluru, from which was launched the first disposable pen - Basalog One for Glargine in India.
In FY16, Biocon's Malaysian insulin facility received local cGMP certification from the National Pharmaceutical Control Bureau, Malaysia.

In FY17, Biocon will focus on building sustainable competitive advantages in its chosen areas, namely biosimilars and generic insulins.

Biocon, with its partners Mylan, expects to submit applications for approvals in Europe and the US for Pegfilgrastim, Trastuzumab, Glargine and Adalimumab.

Biocon will continue to invest in its novels portfolio through a judicious focus on US-IND enabling studies for early-stage assets and proof-of-concept or Phase II/III studies for its more advanced assets. It will develop a strong intellectual property base to enable monetization in future.