Leadless pacemakers: The Present and the Future of Cardiac Pacing 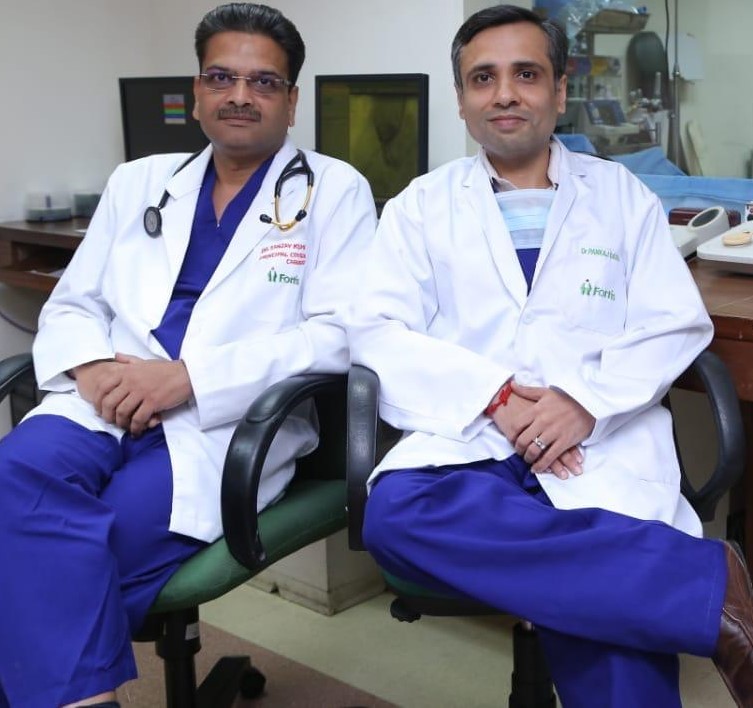 Cardiac pacemakers have gone through evolutionary growth in the past decade. Old traditional permanent pacemakers are being replaced by new leadless pacemakers. Conventional pacemakers work as part of a pacing system that consists of a pulse generator and pacing leads (wires). Pulse generator is a device implanted just below the skin near the collarbone. The pulse generator acts as the brain of the pacemaker, which directs the battery to send electrical pulses to the heart. Leads are thin wires that are inserted through a vein, which connect the generator to the heart.

The leads also pick up the patient’s own heart rhythm and transmit this information to the generator, which adapts its responses to the patient’s needs. Conventional pacemakers require doctors to make a surgical incision in the chest where a pacemaker permanently sits in a pocket under the skin. The doctor then implants leads from the pacemaker through the veins into the heart. These leads deliver electrical pulses that prompt the heart to beat at a normal rate.

Dr. Sanjay Kumar, Director, Cardiology, Fortis Escorts Hospital, Faridabad said, “Pocket and lead-related complications are commonly encountered problems with traditional transvenous pacemakers like crowding of blood vessels, blood clots in veins with symptoms  up to 4.1%, device infections (up to 1.4%), which may require reoperation (0.8%). Other complication like collection of blood outside of blood vessels, collapsed lung have also been reported in patients with traditional pacemakers.”

A leadless pacemaker is a small self-contained device that is inserted in the right ventricle of the heart. Unlike conventional pacemakers, a leadless pacemaker is placed directly in the heart without the need for a surgical pocket and pacing leads. The device is much smaller than a conventional pacemaker and comprises of a pulse generator that includes a battery and a steroid-eluting electrode, which sends pulses to the heart when it recognizes a problem with the heart’s rhythm. Leadless pacemaker technology is made up of computer chips and a small but long-lived battery in a sealed case about the size of a large vitamin capsule. The device is implanted through a vein that passes fairly close to the outer surface of the upper thighs. Because the implant procedure does not require surgery like a traditional procedure, it is considered a less-invasive approach for patients who need pacemaker technology.

Dr. Pankaj Batra, Senior Consultant, Cardiology, Fortis Escorts Hospital, Faridabad said, “Leadless pacemakers were designed to minimize or eliminate the adverse events associated with traditional pacemakers. The implant success rate is excellent (99.2%) and the major complication rate post-implant are low (4%) in comparison to the conventional pacemaker (7.6%). [4] No device dislodgements have been noted after successful implantation, rates of infection are negligible. Unlike most pacemakers that are placed in the patient's chest with leads running to the heart, leadless pacemaker is implanted directly into the patient’s heart.”

Currently, the device is available only for patients with certain medical conditions and a slow heart rate (bradycardia) who need single-chamber pacing only. Future advancements are believed to expand the user base and make this technology available for patients with dual chamber anomalies.

Dr. Kumar said, “Patients with symptoms due to abnormally low heart rate due to failure of the electrical conduction system of heart, and patients in which placement of conventional pacemaker is difficult are ideal candidates for a leadless pacemaker.”

Leadless pacemakers have come to market as a boon to patients suffering from heart conduction disorders. With noteworthy advantages over traditional pacemakers, they have become a preferred choice amongst patients as well as doctors. Complete elimination of certain complications and years-long battery life lead to a better quality of life for patients. In the rapidly paced research and development era, it won’t be wrong to expect that leadless pacemakers will be available for every patient who needs cardiac pacing in the near future. Leadless pacemakers are not only the present and future of cardiac pacing but the hope for cardiac patients for a better quality of life.