This year’s theme of World Federation of Haemophilia (WFH) is to focus on reaching out and identifying new members of the bleeding disorders community. 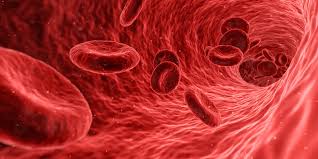 Haemophilia is a rare genetic disorder that occurs due to deficiency of blood clotting factor VIII. April 17 is recognized as World Haemophilia Day worldwide. This year’s theme of World Federation of Haemophilia (WFH) is to focus on reaching out and identifying new members of the bleeding disorders community.

Dr. Savita Rangrajan, Haematologist, J J hospital, Mumbai said “On World Hemophilia Day, I would like to highlight the critical role of early diagnosis and access to adequate treatment in to give these children a near normal childhood and a pain free life for the future. Pre-emptive Physiotherapy plays an important part in ensuring that the joints remain healthy. The society and the Government need to work together to fight this condition, which can sometimes be fatal in the absence of adequate knowledge about the disease and lack of appropriate and adequate treatment. Just as the Government has a responsibility to provide adequate factor concentrates, the patients have an equal responsibility in managing their condition and therefore all patients should be seen by haematologists with experience in managing patients with Bleeding disorders on a regular basis. Whilst Hemophilia bleeds can be treated with on-demand factor therapy, it is time to move towards prophylactic infusions of clotting factors for all patients to prevent bleeds.”

Commenting about haemophilia, Dr. Sunil Bhat, Senior Consultant & Head of Paediatric Haemotology, Oncology and Bone Marrow Transplation, Mazumdar Shaw Cancer Centre, Narayana Health City commented “Haemophilia is a bleeding disorder in which the blood does not clot properly due to defective clotting protein. Based on the clotting factor they are categorized into Haemophilia A and Haemophilia B. Patients with severe haemophilia A constitute nearly 70 per cent of patients. It occurs in 1 in 5000 males while Haemophilia B in 1 in 20000. Though considered as an inherited disease, around 30% of patients do not have any history of family members with haemophilia making it very difficult to identify the condition. While a person can present hemophilia later in life, majority of cases can be diagnosed in childhood itself, especially the severe ones can be identified when they start crawling. The common symptoms of haemophilia are small cuts that bleed longer than usual and frequent bluish patches. In some cases the condition can even lead to deep bleeding inside body, especially in joints- knees, ankles and elbows. This internal bleeding can damage organs and tissues, and may be life-threatening. A simple bump on the head can cause bleeding into the brain for some people who have severe haemophilia. Though it happens rarely, but it's one of the most serious complications that can occur. Prevention of haemophila can be done in cases with a family history by pre-natal testing of the child in both first and second trimester.”

He further said “Over the years, awareness about the disease and the treatment has advanced, however, taking good care of the body can go long way in reducing casualty owing to the condition. Some of healthy living tips for patients with haemophilia are:
• Get an annual comprehensive checkup
• Get vaccinated—Hepatitis A and B are preventable
• Treat bleeds early and adequately
• Exercise and maintain a healthy weight to protect your joints
• Get tested regularly for blood-borne infections
• Prophylactic factor replacement to prevent bleeds is strongly advocated”

In India, the National Health Portal states that it is now possible to identify females who carry the haemophilia gene. Women, who know they are carriers, or might be carriers, may have options for prenatal diagnosis to obtain information on fetal status. It also further states that patients suffering from patients suffering from haemophilia should be provided blood free of cost according to National Blood Transfusion Council under National Aids Control Organization (NACO) guidelines to all state/UTs administration and that the Rashtriya Bal Swasthya Karyakarama (RBSK) launched under the National Health Mission (NHM), provides early detection and treatment of children suffering from genetic disorders.

However, healthcare practitioners and caregivers have reiterated the critical need for early diagnosis, access to treatment, and physiotherapy for people with Hemophilia to lead a near-normal life. With easy access to factor replacement therapy and physiotherapy, Hemophilia patients – especially children – can fight this life-threatening blood disorder. The risk of death from lack of basic knowledge and untreated Hemophilia is very high. They also laid strong emphasis on Government support to ensure availability of diagnosis facility, factor replacement therapy and physiotherapy at Government centres. According to Hemophilia Federation (India), there are over 20,000 registered patients with it. This number might be much higher, considering the population of India.