Net revenue from operations in Q1FY22 was reported at Rs 122.06 crore 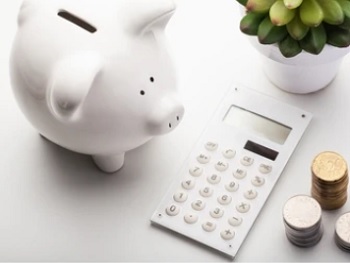 Lincoln Pharmaceuticals has reported a standalone net profit of Rs 17.38 crore for the Q1FY22 ended June 2021 as against a net profit of Rs 14.99 crore in the corresponding period last year, a growth of 15.92 per cent. Net revenue from operations in Q1FY22 was reported at Rs 122.06 crore, higher by 18.49 per cent over the previous fiscal’s same quarter net revenue of Rs 103.01 crore.

Mahendra Patel, MD, Lincoln Pharmaceuticals, said, "We are confident to improve our growing numbers of revenue, margins and profitability in FY22. Our strategic growth initiatives, product and geographical expansion, operational efficiency and debt-free status are likely to maximise value for all stakeholders in the near to medium term. For the FY 21-22, the company is looking at a sales growth of 15-20 per cent while maintaining healthy EBITA and Net profit margins. Expanding the product basket, the company plans to introduce six to seven new products in the domestic markets and expects 20 -25 new dossiers approval for the exports market. Exports to the EU markets are likely to commence from Q4FY22."

Exports for Q1FY22 was reported at Rs 69.76 crore. The export business of the company has shown remarkable growth in the last few years and had increased to 65 per cent of total sales in FY21 from 11 per cent of total sales in FY13. The company currently exports to 60 plus countries including East & West Africa, Central and Latin America and Southeast Asia. For the FY21, exports grew 18.4 per cent to Rs 270 crore.