A myriad of agents can potentially be transmitted through blood transfusions, including pathogens and viruses. 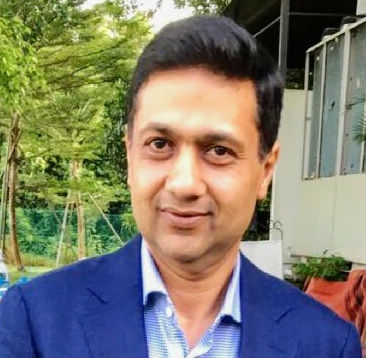 A 10-year-old girl suffering from blood cancer, who had tested positive for HIV allegedly after getting a transfusion of infected blood in Kerala, died recently.

Patients such as thalassemic children, accident victims, those undergoing surgery and cancer patients require frequent blood transfusion. A myriad of agents can potentially be transmitted through blood transfusions, including pathogens and viruses. Given the high prevalence of HIV and Hepatitis in India, the National Blood Policy states that every unit of donated blood should be tested for safety against transfusion transmissible infections.

The current method of screening which is used across most blood banks is serology (including ELISA/ Chemiluminescence) that relies upon the presence of antibodies in the donated blood for detecting the infection. However there is a time gap between a person being infected and sufficient antibodies (which can be detected) being produced against that infection and that time gap is called ‘Window Period’. Therefore, blood donors who are recently infected may pass on their infection through their donated blood, since their blood does not have enough antibodies. This may cause the infection to be ‘missed’ (undetected by serology-based tests,) leading to an innocent patient receiving infected blood.

The Hepatitis B virus genotype D is the most predominantly found genotype in India and is characterized by low viral load. Such type of infections, if in the early stage, may get missed by serology. Another situation where even a highly sensitive serology test may fail to work, is Occult Hepatitis B infection, which is identified by the absence of detectable Hepatitis B surface Antigen and low levels of viral replication.

One of the most advanced screening techniques introduced in the field of Transfusion Medicine is Nucleic Acid Testing (NAT). Unlike serology, NAT does not depend on antibodies. Instead, it directly targets the viral genetic material (RNA/DNA), amplifies it and detects it. This considerably reduces the risk of transmission of window period infections. A noteworthy example is that of Hepatitis C virus, where the window period is reduced from over  3 months in case of conventional serology to as low as 2 days in case of NAT testing !  According to a study conducted by AIIMS (New Delhi)  to analyse the data of 5 years of NAT testing, a total of 684 cases of infected blood units  were detected  by NAT, thereby preventing the transmission of infection to 1200 to 1800 innocent patients. Currently in India, NAT is used in two formats: Individual Donor (ID-NAT) and Mini-Pool NAT (MP-NAT). ID-NAT tests each donor sample individually, thus decreasing the chances of missing out infections in cases of low viremia and makes it a highly sensitive technique.  On the other hand, MP-NAT mixes together 6 or more donor samples in small quantities and then tests it. Pooling compromises the accuracy of results in cases of low viremia.

High prevalence of HIV and Hepatitis, lack of regular repeat blood donations and usage of low sensitivity screening result in a high number of transfusion transmitted infections in India. Even though we have started moving towards the direction of ‘safe blood for all’, more stringent measures are needed to ensure blood safety.